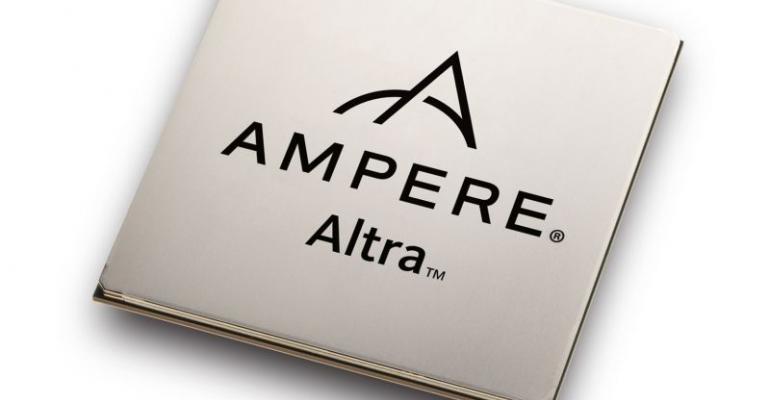 Oracle said it will launch bare-metal and VM instances on its cloud early next year.

Oracle said last week that it will start offering Ampere-based compute instances, both virtual and bare metal, as a service early next year.

The three-year-old chip startup has been pitching its Ampere Altra chip, the industry’s first 80-core Arm server processor when it was unveiled in March, as competitive with x86 chips by Intel and AMD on price, performance, scalability, security, and power efficiency.

Karan Batta, VP of product management for Oracle Cloud Infrastructure (OCI), said the cloud provider’s first Arm-based compute offering will give its customers diversity of choice in the form of a third platform in addition to Intel and AMD.

Arm-based instances will provide developers better price-performance over x86 compute instances, he added. Users that can take advantage of the new Arm offering include companies that have deployed Arm-powered IoT devices or mobile developers that need to test their apps by using the cloud to simulate millions of Android phones.

“It opens the door to our customers that may need an Arm platform at scale in the cloud,” Batta said in an interview with Data Center Knowledge.

It’s not a shock that Oracle an Ampere customer. It’s one of the chip startup’s investors (it invested $40 million last year), and James sits on Oracle’s board of directors. When Ampere unveiled its Altra chip in March, Oracle announced that it was sampling the technology for OCI (and so did Microsoft Azure).

Nevertheless, this is a huge win for startup and the latest sign that the current wave of Arm’s momentum in the data center is different from the false starts of prior years. Arm is emerging as a real competitor to Intel and AMD in the $20 billion server chip market.

“It’s a continual validation that the Arm server business is an important part of the cloud ecosystem, and now Oracle joins Amazon Web Services in offering Arm instances,” said Kevin Krewell, a principal analyst with TIRIAS Research, in an interview with DCK.

AWS has built its own custom Arm-based Graviton and Graviton2 processors to offer Arm-based EC2 compute instances to its customers. “One of the things Oracle is trying to do here is fill out its offerings and provide comparable services to Amazon. That’s part of the equation,” Krewell said.

Arm Holdings licenses its processor architecture to chipmakers. The architecture powers most of the world’s smartphones and tablets.

Now, after ten years of development, the Arm server ecosystem, which includes operating systems and development environments, is finally mature enough for Arm chipmakers to succeed in the data center market, analysts say.

Nvidia made the biggest vote of confidence in this just two weeks ago, announcing a deal to purchase Arm for $40 billion. If closed, the acquisition will undoubtedly accelerate Arm’s expansion in the data center.

Ampere isn’t the only Arm chipmaker going after the hyperscaler market. In August, for example, Marvell Technology Group canceled plans for a next-generation general-purpose Arm server processor and said that it would instead focus on building custom Arm chips for hyperscale cloud providers.

Early next year Oracle Cloud will offer customers Arm-based bare-metal and VM instances with up to 160 cores and 3.3Ghz turbo frequency running Oracle Linux, Ubuntu, and other Linux distributions, the company said.

Oracle said it will provide more details later this year, but it plans to offer value added services as well, such as a managed Kubernetes, Batta said.

During a Q&A session with James, Ampere’s CEO, Magouyrk asked her how developers and companies should take advantage of Arm-based server processors. James replied that there is a significantly large base of Arm developers because of the device ecosystem, which includes phones, edge, and other emerging devices. She said these devices are becoming smart devices because of Arm chips embedded in them.

“What this allows is for developers to come to the OCI cloud and be able to either move their apps, develop new apps, and very quickly get to market with something that can serve to all of those devices and emerging opportunities,” James said.

During the Q&A, James also mentioned that Ampere is working on its next-generation 128-core processor, which will be compatible with its 80-core processor.

Oracle has also partnered with Rescale, which has pre-installed its simulation platform on OCI to make it faster and easier for Oracle customers to deploy HPC workloads, the company said.