The internet's only podcast that's 100 percent dedicated to data centers.

Recent
Recent
IBM Has Open Sourced Its Edge Device Platform and Wishes AWS and Microsoft Got On Board
Jul 02, 2020
Top 10 Data Center Stories of the Month: June 2020
Jul 01, 2020
Facebook to Build $800M Data Center Near Chicago
Jun 30, 2020
Open Source NAS Update: As Much about Development as Storage
Jun 30, 2020
California University Paid $1.14 Million After Ransomware Attack
Jun 29, 2020
Featured
Resilience in a Pandemic: Smaller Data Center Providers Hang On, Hold Fast
Jun 01, 2020
How the Data Center Technology Market Is Faring in the Pandemic
May 27, 2020
Microsoft Says It’s Built a Top-Five Supercomputer in the Cloud for AI
May 21, 2020
Rules Rewritten: Managing Data Centers Through the Pandemic
Apr 07, 2020
Highlights 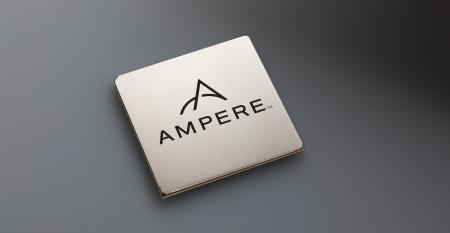 Why Ampere Thinks the Time Is Ripe for Arm in the Data Center
Nov 22, 2019
The startup's VP of products Jeff Wittich on why, after 15 years at Intel, he is now going head-to-head with the king of silicon.

Romonet to Take CBRE's AR Tech for Data Centers to the Next Level
Apr 05, 2019
Romonet co-founder Zahl Limbuwala, who’s now a CBRE exec, joins us on The Data Center Podcast

A Virtual Experience: August 24-27 Wherever You Are
Data Center World delivers expert insight & strategies on technologies & concepts you need to plan, manage, and optimize your data center. Connect with 1800+ data center and IT infrastructure pros.

What Is Cisco’s Role in a Market Where Hyperscalers Call the Shots?
Jan 30, 2019
Roland Acra, the man in charge of Cisco’s Data Center Business Group, joins us on The Data Center Podcast.

Juniper CTO Says His Rivals Got Automation All Wrong
Jun 29, 2018
And he should know. Before joining Juniper Networks about 10 months ago, Bikash Koley spent 10 years building what’s probably the world’s largest hyperscale cloud, also known as Google. That kind of scale is impossible without automation...

This Startup Wants to Do to Data Center Power What VMware Did to Servers
Jan 30, 2018
Virtual Power Systems CEO Steve Houck on The Data Center Podcast

From Managed Servers to Managed Cloud – the Pivots of Rackspace
Jan 16, 2018
John Engates, Rackspace chief evangelist and former CTO, joins us on The Data Center Podcast

Why Oracle Thinks It Can Beat Amazon at Cloud
Oct 05, 2017
The Data Center Podcast with Kash Iftikhar, Oracle’s VP of IaaS

Will Edge Computing Help the Server Market Bounce Back to Growth?
Aug 29, 2017
If you follow the dynamics of the server market at all, you probably know that the size of the global market has been steadily shrinking in terms of revenue. For five consecutive quarters now, overall revenue from server sales has been slowly...
Load More