From chip to servers, find expert insight on the latest in data center hardware. 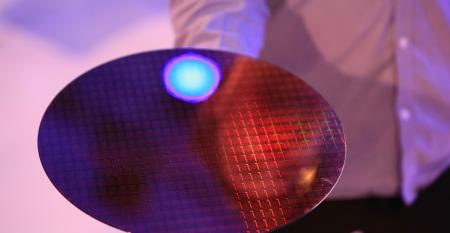 Intel’s Planned US Chip Plant Has Bankers Looking for Similar Deals
Feb 04, 2023
Brookfield’s financing arrangement has caught the interest of other infrastructure funds.

TSMC Plans to Cut Spending to Offset Falling Near-Term Sales
Jan 13, 2023
TSMC is navigating its biggest challenges in years: political tensions and a slowing economy that's weighing down the chip...

Intel Launches Sapphire Rapids After 4 Delays – Is It Worth It?
Jan 10, 2023
Originally slated for a late 2021 launch, Intel pushed back the release of its next generation Xeon process four times since then. Tuesday, the firm finally met its release projection date. Was Sapphire Rapids worth the wait?

Taiwan Launches Its Own Chip Fab Incentives to Rival US Japan and EU
Jan 09, 2023
Major governments are racing to build chip plants at "home" to avoid dependence on foreign governments for critical digital infrastructure, and to boost local economies.