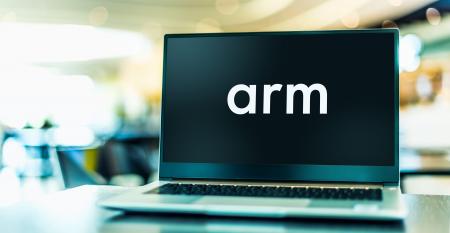 Arm Chips Gaining in Data Centers, But Still in Single Digits
Aug 29, 2022
Arm is ubiquitous in mobile and popular for laptops. Customization and price advantages mean it deserves a second look in the data center...

Open Compute Project: Data Center Design by Community Effort
Jun 03, 2022
For 11 years OCP has been changing the ways that data centers are constructed and operate by putting data center...

SoftBank, Arm Move to Retake Control of China JV, Oust CEO
Apr 28, 2022
Arm China’s board fired Allen Wu in 2020 for alleged conflicts of interest - but he has refused to leave.

Nvidia to Withdraw From Acquisition of SoftBank’s Arm
Feb 08, 2022
With the deal dead, SoftBank is now falling back on an earlier plan: an IPO.

Ampere Alters Course, Adding Its Own Cores: Why Now, and For Whom?
Jun 14, 2021
The system-on-a-chip maker had been scoring points on scalability and performance, with its Neoverse N1-based Altra series. If...

Nvidia CEO Says Confident of Getting Regulators OK for Arm Deal
Jun 02, 2021
Government approval in China and elsewhere may come later this year or in 2022, Jensen Huang said.

It's Happening. Arm Server CPUs are Coming to the Data Center
Jun 01, 2021
Whatever doubts still linger about Arm's future in the data center, they are quickly dissipating.
Load More