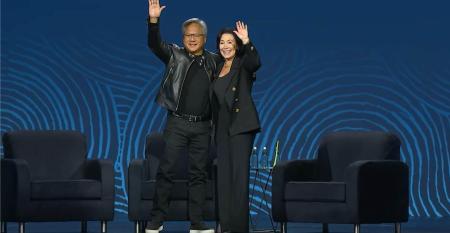 Oracle Jumps Most in Six Months as Cloud Sales Show Momentum
Jun 14, 2022
Cloud revenue -- the highly watched segment that Oracle has been trying to expand -- rose 19% to $2.9 billion in...

Oracle Women Stumble in Pay Bias Suit While Google Cuts a Deal
Jun 13, 2022
Under a judge’s tentative ruling, the Oracle women are poised to lose the class-action status they earlier won that gave them powerful leverage in a five-year court fight with their employer.

Oracle Looks to Make Move to the Cloud More Cost-Efficient
Jun 29, 2021
With its new initiatives, Oracle is trying to make it easier for its on-premises users to move to the cloud and is changing the way it provides pricing and volume discounts.

Oracle’s Years-Long Washington Offense Ends in Trio of Defeats
Apr 13, 2021
Larry Ellison's battles in US courts and presidential courtship are all part of a high-stakes gamble to revive Oracle's anemic...

The 'Other' Hybrid Cloud Providers: IBM, Oracle and Cisco
Apr 05, 2021
The Big 3 clouds are not the only games in town when it comes to hybrid cloud providers.

Oracle Falls Most in a Year After Tepid Outlook for Growth
Mar 11, 2021
“The enterprise software market is doing well. But it’s all about the cloud for Oracle. It’s about making that migration and Larry was really late doing that.”

Oracle to Launch Israel Cloud Region in an Underground Data Center
Feb 09, 2021
The Jerusalem facility, operated by Bynet, was designed to host some of the nation’s most sensitive IT infrastructure.

Oracle Cloud Launches Oracle RED, a Portable Server for Edge Computing
Feb 09, 2021
The rugged appliance is offered as a service, shipped in configurations from a single node to a cluster of 15.
Load More