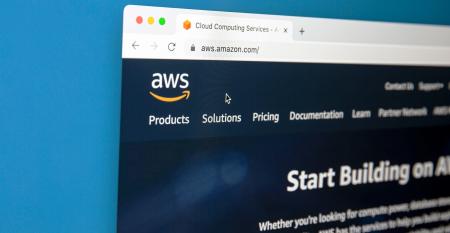 Amazon Earnings Preview: AWS May Join Azure in Reporting Slower Growth
Feb 02, 2023
Some analysts say AWS' growth will also slow throughout 2023 and they project Q4 will show a 22% growth rate for the cloud computing...

The CIO's Guide to Migrating HPC Workloads to the Cloud
Jan 27, 2023
The benefits of moving high performance computing to the cloud can go beyond speeding up access to the right...

Understanding Cloud Cost Optimization Tools
Jan 27, 2023
This quick guide highlights the most popular and useful resources we've uncovered for enterprises looking to remain lean, or become even leaner, on the cloud.

Microsoft Leans on Cloud Revenue, Even as Azure Growth Slows
Jan 26, 2023
Microsoft reported earnings Tuesday. Its dependence on cloud to boost revenue is clear but Azure's growth, along with other CSPs' growth, is slowing.

Update: AWS Experienced an Outage in Its US-East 2 Availability Zone
Jan 25, 2023
Yet another outage at AWS, this time at its US-East 2 availability region, leads us to take a look at mitigating the effects of cloud outages.

AWS to Invest Extra $35B in Virginia Data Centers by 2040
Jan 20, 2023
AWS investments planned at multiple locations across the state of Virginia. It's giving Amazon incentives to expand its...

News Update: FAA Outage Caused by Contractor; Canada Experienced NOTAM Outage the Same Day
Jan 20, 2023
The FAA says last week’s outage was caused by a contractor and still insists the outage wasn’t a cyberattack – but Canada experienced an outage to a similar system on the same day.

How Securing Public Clouds and Private Data Centers Differ
Jan 20, 2023
Here we provide guidance on which security challenges organizations should focus on in public clouds or in private data centers.

Breaking News: Microsoft to Include Some Azure Staff in Layoffs
Jan 18, 2023
Reports say Azure’s sales support teams will be included in Microsoft’s recently announced layoffs, lending credence to widespread speculation around a slowdown in demand for cloud services.
Load More