Based on Arm’s newer Neoverse N1 cores, the part is another jab at Intel’s near-monopoly in the data center.

A year after announcing its first home-baked Arm data center chip, Amazon Web Services now has a second-generation part, based on more recent Arm technology, two sources who did not want to be named told Reuters.

Efforts to dilute Intel’s near-monopoly in the server-chip market are once again seeing momentum, with several hyperscale cloud platforms designing their own processors, and numerous startups – some of them led by successful silicon-industry veterans – going after the data center processor market.

Some of these efforts are aimed at specific workloads, such as machine learning, while others are focused on general-purpose computing. One of the startups exemplifying the latter is Ampere Computing, founded by former Intel president Renee James. Ampere is focused squarely on satisfying the silicon needs of hyperscale platforms like AWS and Microsoft Azure that aren’t being met by Intel's or AMD’s x86 chips.

(If you’re curious what those needs are and how Ampere is planning to fulfill its mission, listen to the latest episode of The Data Center Podcast, in which we interview Jeff Wittich, who came to Ampere earlier this year after 15 years at Intel. He spent the last five running the part of Intel’s business that designs and sells processors for the hyperscalers and other cloud providers.)

Arm Holdings is a key player in this trend. By licensing its technology out to chipmakers, it lowers the barrier to entry into the extremely capital-intensive silicon market. While Arm licenses are reportedly very expensive, they are not nearly as expensive as designing a processor core from scratch.

AWS is holding its biggest annual conference re:Invent this week in Las Vegas. It announced its first-gen Arm chip, named Graviton, at last year’s re:Invent. The keynote where AWS presents all its latest infrastructure innovations is scheduled for this evening. If the company does plan to announce the new processor publicly this week, chances are it will do it tonight.

Graviton, the first-gen part, is based on Arm’s Cortex A72 core technology and has 16 cores. It was designed by the team of engineers that joined AWS in 2015, when Amazon acquired their Israeli chip startup called Annapurna Labs. The chips run some of the cheapest cloud server instances Amazon offers, aimed at workloads that scale out across multiple low-power servers. 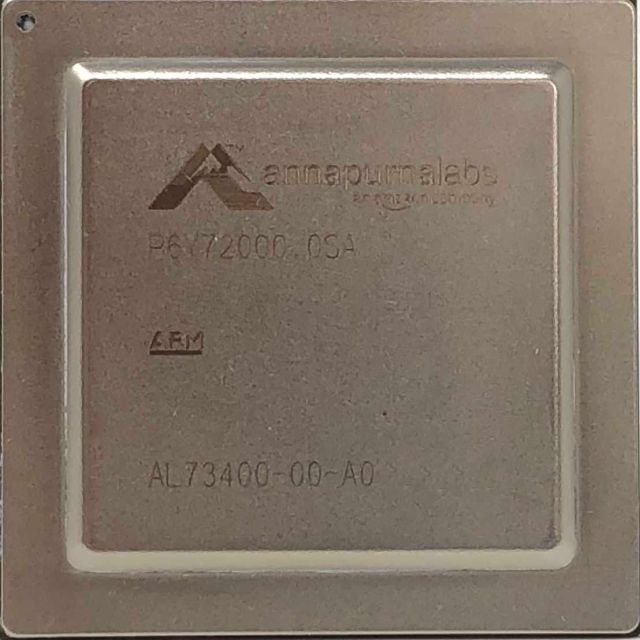 The second-generation part is based on Arm’s newer Neoverse N1 core and has 32 cores per processor, according to Reuters. One of its sources also told the news service that it will use a fabric technology that interconnects many chips to accelerate tasks like image recognition.

Although faster than the first-gen chip, the new part will not outperform the latest Cascade Lake server chips by Intel or the latest Rome chips by AMD, the sources told Reuters.

Multiple startups and established players – including AMD and Qualcomm – have tried and failed to get an Arm server business off the ground. According to Ampere’s Wittich, they failed primarily because they came to market too early. Silicon foundry operators that manufacture processors for others, such as TSMC in Taiwan, couldn’t compete with Intel until only recently, he said. Also until recently, Arm, which powers most of the world’s smartphones, didn’t quite deliver the level of performance that mainstream cloud providers needed.