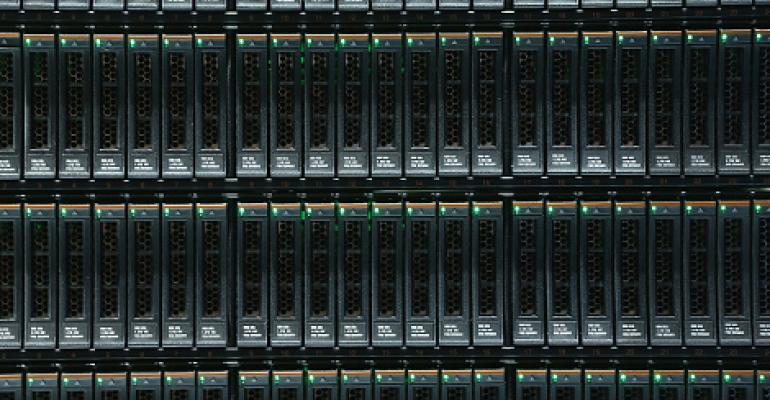 DriveScale, the Silicon Valley data center technology startup founded by a group of Sun and Cisco veterans who were behind some of the two iconic companies' core data center product lines, such as Sun's x86 servers and Cisco's Nexus Switches and Unified Computing System (Cisco UCS), has built a scale-out IT solution geared specifically for Big Data applications. The company, which recently came out of stealth and announced a $15 million funding round, is addressing a growing need in the data center and has a founding team whose technological abilities are undeniable, but its current product is only on its first generation and still has a ways to go before it is proven out in the market.

Let’s back up a little and discuss why a scale-out solution for Big Data is important. Creating virtual controllers which enable some kind of software-defined platform aren't anything new. In storage, we’ve seen this with Atlantis USX and VMware vSAN; in networking, it's Cisco ACI, Big Switch, and VMware NSX. The vast majority of these technologies however are designed for traditional workloads, such as virtual desktop infrastructure, databases, application virtualization, web portals, and so on.

What about managing one of the fastest-growing aspects of IT today? What about controlling a new critical source of business value? What about creating a virtual controller for Big Data management?

According to a recent survey by Gartner, investment in Big Data continued to increase in 2015. More than three-fourths of companies are investing or planning to invest in Big Data technologies in the next two years.

"This year begins the shift of big data away from a topic unto itself, and toward standard practices," Nick Heudecker, research director at Gartner, said in a statement. "The topics that formerly defined Big Data, such as massive data volumes, disparate data sources, and new technologies are becoming familiar as Big Data solutions become mainstream. For example, among companies that have invested in Big Data technology, 70 percent are analyzing or planning to analyze location data, and 64 percent are analyzing or planning to analyze free-form text."

"As Big Data becomes the new normal, information and analytics leaders are shifting focus from hype to finding value," Lisa Kart, also a research director at Gartner, said in a statement. "While the perennial challenge of understanding value remains, the practical challenges of skills, governance, funding, and return on investment come to the fore."

Here are some more key Gartner forecasts on Big Data:

So where is DriveScale aiming to make a difference?

DriveScale was born because of three big trends:

“Our observation is that networking at 10GbE and beyond was becoming less expensive and more available,” said Tom Lyon, DriveScale chief scientist and co-founder of DriveScale. “So, the increased amount of bandwidth and network controls allowed for new kinds of architectures to take place.”

In the past, Lyon held key engineering roles at Nuova Systems, a startup acquired by Cisco in 2008 whose technology became the basis of Cisco’s UCS servers and Nexus switches.

DriveScale didn’t set out to solve the world’s software-defined infrastructure and convergence problems. Rather, they focused their strategy on overcoming two big challenges:

To overcome these challenges, DriveScale had to create a new type of management architecture. “We invented a rack-scale architecture which maximized network, compute, and the storage environment,” said Tina Nolte, director of product management at DriveScale. “It’s a new type of logical layer which allows you to create software-defined nodes managing complex and scaling Big Data environments.”

The architecture, at a high-level, is fairly straightforward:

Again, DriveScale's product and business are still in their early stages. The company is still working on making strategic partnerships and creating validated reference architectures. Creating those references and alliances (with companies like Hewlett Packard Enterprise, Cisco, Dell, Super Micro, and others) will go a long way in enabling further adoption and greater validation. Furthermore, it will help with support should there be a problem. Many organizations like strategic partnerships, which allow them to have just one support line to reach out to.

The technology powering DriveScale is aiming at solving a growing problem in the industry. The scale-out application market is evolving very quickly and organizations need help in this area. Big Data is constantly getting bigger and changing the way business intelligence is shaping the modern organization. For now, DriveScale is the only company that's taking a specific “software-defined” aim at the scale-out application industry. Based on the trends, however, it isn't likely to stay lonely for long.