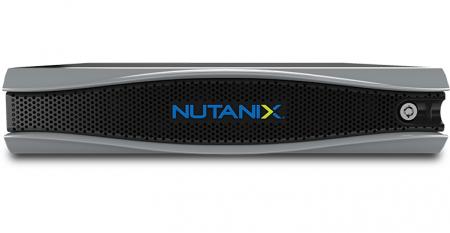 Nutanix Expands Partnerships to Embrace Cloud, Containers
Sep 29, 2021
Nutanix is in a state of transition and hopes that new partnerships with the likes of AWS, Azure, Red Hat and Citrix will help it reach...

HPE OneView: An Overview of the Popular IT Management Platform
Apr 07, 2021
The platform is designed to turn servers, storage, and networking equipment in your data center into software-defined infrastructure.

Fungible Data Center Promises Hyperscale-Like Experience on Premises
Mar 30, 2021
The chip startup’s all-in-one solution said to be one of the early signals of an upcoming wave of composable disaggregated infrastructure.

Nutanix and VMware Started as Partners. They’re Now Bitter Rivals
Feb 01, 2021
VMware’s lawsuit against its former executive shows how much of a ‘perceived threat’ Nutanix is.

Nutanix Launches Hyperconverged Infrastructure SaaS, Kubernetes PaaS
Sep 08, 2020
The company is advancing its effort to be recognized as a cloud platform vendor rather than an HCI vendor.

HPE Goes After the Red-Hot VDI Market Stoked by Pandemic
May 19, 2020
The company says its latest hyperconverged infrastructure appliance doubles the amount of virtual desktops it can support.