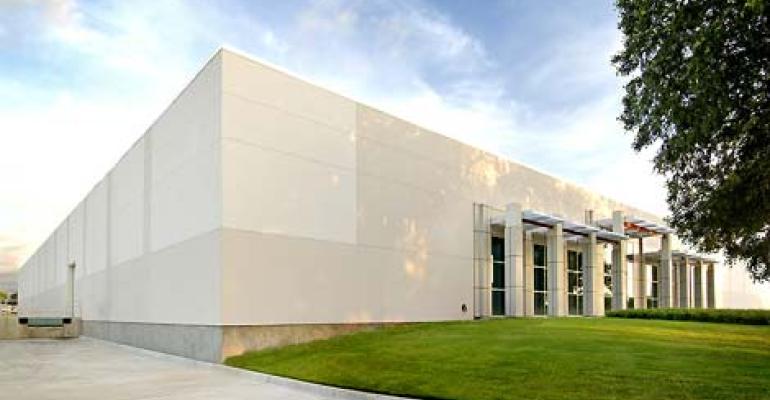 This is yet another step in Digital Realty’s quest to reinvent itself into something more than a company that simply provides large chunks of data center capacity. The company has been on this quest since early this year, when it announced that it would change its strategy and find partners who can help it deliver fuller IT infrastructure solutions.

Through agreements with network carriers, such as tw telecom, Level 3 and Zayo, Digital Realty also offers direct connectivity to Amazon Web Services and Microsoft Azure clouds. The VMware cloud option is different, however, since the cloud infrastructure lives within a Digital Realty facility.

The Dallas facility is one of several that host vCloud Air infrastructure. The VMware hybrid cloud service lives in four more U.S. data centers by other providers, one data center in Japan, as well as another Digital Realty facility in Slough, UK (just outside of London).

Joe Goldsmith, vice president of sales and global alliances at Digital Realty, said the company will provide the direct connection to vCloud Air for free to customers who sign up between now and the end of the year. VMware will also give the data center provider’s customers who take advantage of the offering a 15-percent discount on the cloud services.

Customers can also get free cross-connects between their equipment and the network meet-me rooms at the data centers they are located in as well as between VMware’s environment and the meet-me room in the Dallas facility. Setup and installation takes from three to four weeks.

Digital Realty has been pursuing partnerships with service providers quite aggressively. The VMware deal is the latest in a series of agreements the San Francisco-based real estate investment trust has made.

Michael Bohlig, a former AWS exec who came to Digital Realty six months ago to grow this partner ecosystem, said the company has struck partnerships with a range of other cloud and managed services providers.

Digital Realty also has an online cloud marketplace where customers can buy cloud services from its partners.