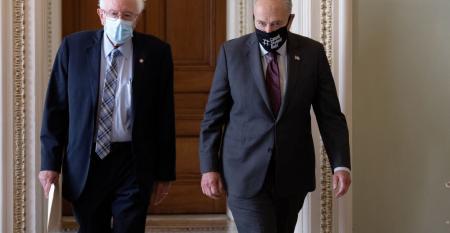 Taking a Close Look at the $2B for Cybersecurity in the $1T US Infrastructure Bill
Aug 24, 2021
The $1 trillion spending package includes funds for bolstering cybersecurity posture in critical digital infrastructure.

Nautilus Will Build Its Next Data Center on Dry Land, in Maine
Jun 05, 2021
The company known for its floating data center in California unveils a project on a former paper-mill site in...

European Cloud Data Center Builder Yondr Enters US With $2B to Spend
May 20, 2021
The developer is going after cloud providers with large data center needs in the top markets in the Americas.

Switch to Acquire Texas Data Center Operator Data Foundry for $420M
May 03, 2021
Colocation sites in Houston and Austin will give Switch its first footprint in the strategically important Central US region.

Apple to Spend $430B On Data Centers, Manufacturing, Offices in the US
Apr 26, 2021
The company is increasing its planned investments in the US by 20 percent over the next five years.

Why Salt Lake City Has Become a Top Data Center Location
Apr 05, 2021
Several of the region’s characteristics add up to an attractive TCO for infrastructure to support digital transformation.

Facebook and Google Fund Subsea Cables to Link Singapore to US
Apr 01, 2021
The transpacific conduits will expand capacity across the ocean by 70 percent, according to Facebook.

Data Center Giant Digital Realty Moving HQ from California to Texas
Jan 14, 2021
The company is leaving its original home base in San Francisco for Austin, following similar moves by other tech giants.

Hewlett Packard Enterprise to Leave Silicon Valley for Texas
Dec 02, 2020
The company said it was already building a “state-of-the-art” new campus in Houston but will keep its technology innovation hub in San Jose.