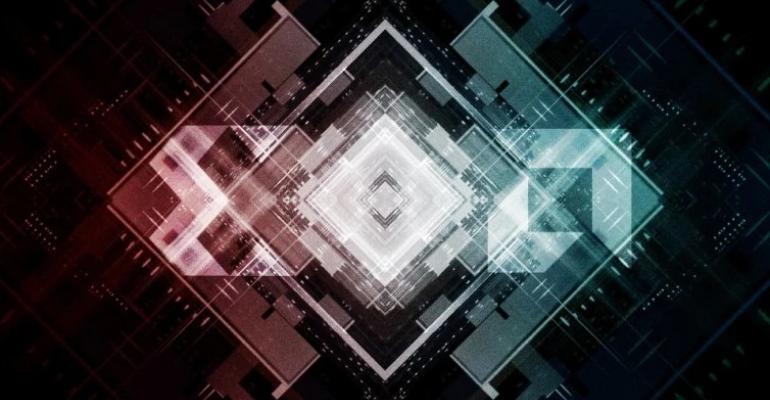 Processor giant AMD has completed its all-stock purchase of FPGA designer Xilinx, in a major boost to its data center ambitions.

The deal gives AMD a foothold in markets as diverse as healthcare, automotive, telecommunications, aerospace and defense, and equips it with silicon for emerging workloads like AI and accelerated networking.

It will also enable the company to better compete with Intel, which owns Altera – the other major FPGA vendor.

Going forward, the Xilinx business will be re-branded as the Adaptive and Embedded Computing Group (AECG) within AMD, led by former Xilinx CEO Victor Peng.

“Xilinx offers industry-leading FPGAs, adaptive SoCs, AI engines and software expertise that enables AMD to offer the strongest portfolio of high-performance and adaptive computing solutions in the industry and capture a larger share of the approximately $135 billion market opportunity we see across cloud, edge and intelligent devices,” said Lisa Su, CEO of AMD.

Xilinx shareholders were paid 1.7234 shares of AMD (and cash in lieu of any fractional shares) for each share owned in Xilinx as of Monday, valuing the transaction at approximately $50 billion. The deal was valued at around $35 billion when it was announced in 2020.

AMD stated that there will be no immediate changes to purchasing of Xilinx products, sales or support contacts, or supplier and partner relationships.

Both general-purpose processors like CPUs and GPUs, and application-specific integrated circuits (ASICs) that power much of modern electronics, have their capabilities permanently etched in silicon at the point of manufacture. Meanwhile FPGAs feature programmable logic blocks that can be configured by the customer after manufacturing to solve virtually any specific, computable problem.

Within the data center, FPGAs are particularly suitable for building hardware accelerators. After all, a chip created from the ground up to work on very specific tasks should be faster and more efficient – at those tasks – than a general-purpose processor that has to do countless other things at the same time.

FPGAs are also widely used for hardware emulation, enabling chip designers to prototype new ASICs and see the results of their work in action before having to commit to an expensive manufacturing process.

More recently, artificial intelligence workloads have emerged as some of the most promising use cases for programmable silicon. FPGAa are proving especially useful in machine learning inference – the process of applying capabilities learned by the model to new data.

AMD said Xilinx products and services portfolio will add another $55 billion to its total addressable market (TAM), and enable the company to enter industries “with long, high-margin product cycles.”

On the R&D side, the combined company will employ more than 15,000 engineers.

“The rapid expansion of connected devices and data-intensive applications with embedded AI are driving the growing demand for highly efficient and adaptive high-performance computing solutions,” said Victor Peng. “Bringing AMD and Xilinx together will accelerate our ability to define this new era of computing by providing the most comprehensive portfolio of adaptive computing platforms capable of powering a wide range of intelligent applications.”