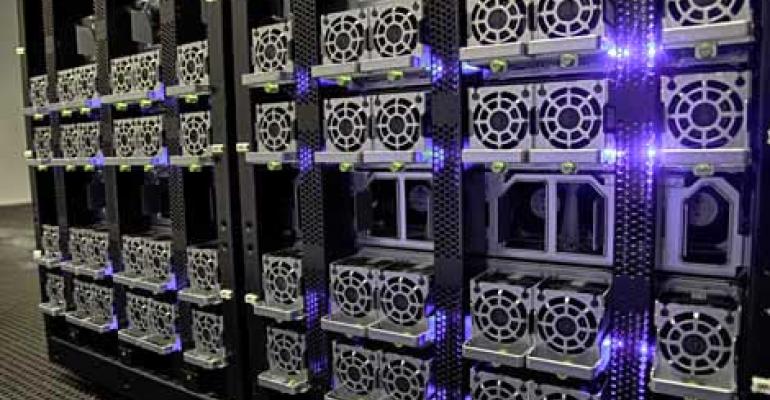 Facebook’s Open Compute Project has been one of the most talked about developments in the world of data center hardware over the past couple of years, and interest in the first ever open source hardware design community and its output has only grown.

Facebook has publicly said it saved more than $1 billion as a result of using Open Compute gear in its data centers, and companies like Rackspace and IO have built cloud infrastructure services using Open Compute server designs. Earlier this year Microsoft said it had adopted OCP specs for the infrastructure that supports its entire portfolio of online services, including Azure.

While there are some individual success stories, however, there has been little public information about how OCP is doing in the traditional data center space. Are banks and corporate IT shops using Open Compute servers? The most likely answer is not really or very little.

As Jon Koomey, a consulting professor at Stanford University who does a lot of research in IT and data center efficiency, said, few customers in the enterprise space are in the position to make the leap.

“If the customer is on the ball and is really driving down cost per compute, they should be receptive to what Open Compute offers,” Koomey wrote in an email. “But this only happens in places where there is one owner of the data center and one budget, which is a minority of the enterprises.”

But the amount of servers OCP hardware vendors can sell to Facebook, Microsoft and a handful of smaller players is quite finite, and the vendors have been making efforts to expand their market reach beyond their currently limited customer base.

Easier isn’t the same as cheaper

Hyve Solutions, a Fremont, California-based subsidiary of Synnex Corp. that was the first official Open Compute Project solution provider, specializes in custom data center hardware and is one of the primary suppliers of OCP gear to web-scale customers, including Facebook.

Hyve president Steve Ichinaga said the majority of the company’s revenue comes from the large web-scale customers, but it has been doing a lot to expand its business with smaller-scale data centers.

“We want to be able to service both, but we certainly can see there continues to be a lot of business in the large-scale data center space,” he said. “It is still the largest piece of our market today, and I expect it will continue to be so.”

To address the non-web-scale market, Hyve has created “OCP-inspired” hardware designs that fit in standard 19-inch racks (the Open Rack is 21 inches wide) and work with standard power supplies. The company has contributed those designs to the open source project.

Today, sticking with OEM gear is a “path of least resistance” for an enterprise IT shop, Ichinaga said. They’re used to relying on proprietary management software as part of the package they get from an OEM, and they’re used to buying servers and storage arrays and setting them up as separate environments.

The OCP model is different. Compute and storage are “collapsed,” and management tools draw a lot on the open source code base.

The transition can be somewhat disruptive, but at the end of the day, easier doesn’t necessarily equal cheaper, Ichinaga said. The OCP path may be more cost effective in the long run.

Another vendor hard at work to expand diversity of the addressable market for OCP hardware is Penguin Computing, also based in Fremont. Penguin president and CEO Tom Coull said the release of the second-generation Open Compute server design in 2012 made it a lot more adaptable for non-web-scale use cases.

The design has been out for two years, but it has taken some time for the primary manufacturer of Open Compute hardware to start producing the parts, Coull said, declining to name the manufacturer. Penguin has since started working with a second manufacturer, he added.

The primary OCP motherboard manufacturers today are Tyan and Quanta, both of whom also sell their own OCP hardware directly to customers.

Generally, availability of racks, chassis, servers, power supplies and other parts has been a problem for OCP. “There are very few suppliers of those individual components and very long lead times,” Coull said.

Penguin’s approach has been to preorder and stock a lot of the parts to avoid backlog. “We actually have 20 racks in stock,” Coull said.

Because of the supply-chain issues, OCP hardware for non-web-scale customers has not actually been cheaper than OEM hardware, he said. The benefit is really in the long-term TCO calculation.

The company has five OCP server products and one storage solution, including both Intel and AMD chips and motherboards.

One of the SKUs, codenamed Tundra, is designed specifically for high-performance computing applications. HPC is a major focus for Penguin. Half of the company’s revenue comes from customers with scale-out deployments and the other half comes from HPC customers, and it is working to sell more OCP-based products into this market.

Coull said one of Penguin’s customers had the third-largest deployment of Open Compute hardware in the world but declined to name the customer. The largest deployment is Facebook, and the second-largest is Riot Games, he said. Santa Monica, California-based Riot is the company behind the popular video game League of Legends.

A harder case to make

Even the more forward-looking and less risk-averse companies that can be included in the “traditional enterprise” category face a slow process with adoption of open source hardware.

Frank Frankovsky, Open Compute Foundation president and chairman of the board, pointed out that enterprises that were early adopters of Linux cannot start kicking the tires with OCP gear quite as quickly. With open source software there were no change-control requirements or purchase orders to be approved.

Users could simply download a Linux distro, hack on it or even put some applications on it. Once they did, they could come to management with tangible results.

With hardware, there are more hurdles to jump. Interestingly, some users have used Open Compute cloud providers, such as Rackspace and IO, as a way to test the gear, Frankovsky said.

OCP software certifications not there

Another big hurdle to a more diverse customer base is slow movement on certification of OCP hardware by the big software companies. Many users have been requesting official OCP certification from companies that build OpenStack clouds and proprietary cloud companies like VMware, Frankovsky said.

Drawing another parallel with Linux, he said Red Hat’s enterprise business really grew because there was demand for Linux from companies that didn’t necessarily want to download the open source kernel and support it themselves. They needed somebody else to compile the code and support it, and Red Hat ended up being that somebody.

“That’s kind of what we’re seeing with Open Compute as well,” Frankovsky said.

Perhaps the simplest and biggest question is whether OCP gear is actually cheaper to purchase and run. The Open Compute Foundation and companies like Hyve say that it is, but there is no publicly available data set on the cost difference that can be applied to more than one customer.

Yes, Facebook CEO and co-founder Mark Zuckerberg has claimed that the Open Compute Project has saved the company $1.2 billion in data center costs. Riot Games and Rackspace have come forth with some impressive savings figures as well, but they are three different companies doing different things.

Every user has their own business model, their own electricity rates, their own data center efficiency rating, etc.

“The math that sits behind those numbers unfortunately is specific to each customer,” Frankovsky said. “Most of the marketing [by vendors] is based on theoretical situations.”

It’s impossible to say definitively for anyone other than a specific user that Open Compute gear will make sense for them. “The only person that knows the tipping point is that customer,” Frankovsky said.