Open source technologies are changing the way data centers are designed and managed in a big way. Find expert insight on the latest in open source data center tech here. 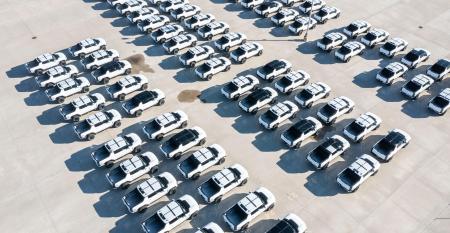 Red Hat's Partnership With GM: From Edge to Data Center and Back Again
May 16, 2022
The partnership announced last week will see Red Hat working with General Motors to bring connected vehicles to a new level.

Ground Rules for Open Source Software Management
Apr 19, 2022
The use of open source software offers multiple benefits to organizations of all sizes, but open source security...

The First 10 Years of the Open Compute Project – What It’s Done and Where It’s Going
Mar 11, 2022
Today, over 8,000 engineers are part of the OCP community working across all aspects of data center computing.

OpenInfra Appoints Thierry Carrez as Its First General Manager
Jan 28, 2022
One of a number of changes affecting the home of OpenStack.

Cloud-Native Storage Takes a Data-First Focus
Nov 23, 2021
Developers using CNS need data management – they are less interested in what type of storage media they are using

Kentik Labs Launches With Open Source Networking Tools Leveraging eBPF
Sep 16, 2021
The networking startup says the new platform is aimed at "the other side of the house" from its usual network engineering...

CloudLinux Adds TuxCare Support for CentOS 8 Through 2025
Sep 10, 2021
Extended support will give CentOS 8 users time to determine which of the CentOS clones will work best for them.

CentOS 8 Replacement AlmaLinux Now Available on Azure
Aug 19, 2021
The RHEL clone and CentOS 8 replacement, available on Amazon Web Services since the end of June, is now available on Microsoft...

Jim Whitehurst Left IBM Because He'd Rather Be CEO
Jul 19, 2021
Contrary to what some may have feared, the exec's departure wasn't a sign that IBM was trying to make Red Hat more like IBM, reneging on its promise earlier.