CRG West has announced that it is has teamed with HP to quickly deploy HP POD (Performance-Optimized Datacenter) containers at its facilities in Boston, Los Angeles, and the San Francisco Bay Area. 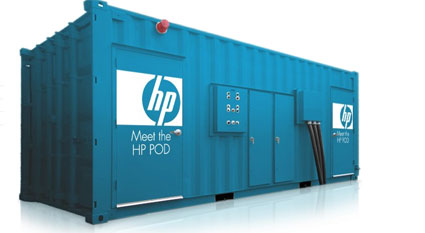 When the first commercial data center containers were introduced, securities analysts quizzed data center and colocation providers about whether this new approach posed a threat to their business models. The use cases for containers are still evolving, but at least one data center operator sees them as an opportunity, rather than a threat.

CRG West has announced that it is has teamed with HP to quickly deploy HP POD (Performance-Optimized Datacenter) containers at its facilities in Boston, Los Angeles, and the San Francisco Bay Area. CRG West says it believes hosting containers in a third-party data center can provide advantages to on-premises deployments.

The new offering may appeal to companies who are looking to expand their in-house data centers, according to David Dunn, Senior Vice President of CRG West. Dunn said that installing an HP POD or other container outside an existing facility can help companies that are out of physical space, but doesn't address the challenges for companies that have run out of power or cooling capacity.

The HP POD is a 40-foot shipping container designed to house servers and storage. It can  use both HP and third-party technology, and supports power capacity up to 27kW per rack, or 1,800 watts per square foot. The container's tightly-controlled airflow provides the ability to maintain the cold aisle at temperatures as high as 90 degrees. Each HP POD requires approximately 1 megawatt to power.

CRG West can house the containers either outside the data canter or in unused shell space. Either option offers easy access to expandable power and cooling capacity, as well as expanded connectivity options that may not be available at an existing company site. The shell space solution offers additional security.

CRG West offers amenities including usage-based power pricing; 24-hour remote hands and security; redundant emergency generator power; access to 200+ carriers and ISPs; and a convenient on-line customer portal that allows for real-time power use tracking from any computer with an Internet connection.

“Customers can maintain a competitive edge in the marketplace without having to invest in another building in order to build out their infrastructure,” said Steve Cumings, director of infrastructure, Scalable Computing and Infrastructure organization at HP. “The HP POD combined with CRG West’s nationwide, turn-key data center capabilities gives customers an easier way to deploy IT resources while minimizing expenses and improving data center efficiency.”