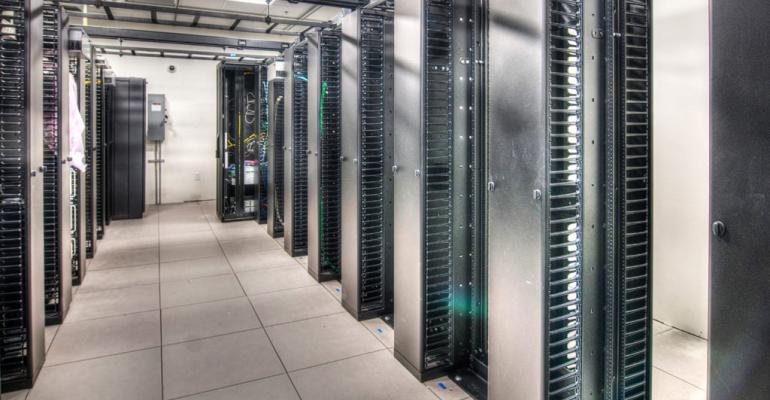 CoreSite Realty’s stock was up Thursday afternoon after a solid third-quarter earnings report, making it the third major US-based data center provider to report year-over-year growth unimpeded by any economic fallout of the pandemic.

The company reported new leases signed, of “scale” (0.5MW to 2MW) and retail-colocation varieties; year-over-year revenue gained, both from space and power rents and from interconnection; and capacity expansion projects completed in New York and Los Angeles.

The pandemic has pushed demand for cloud and network services up. Those two categories of data center customers are responsible for more than half of CoreSite’s revenue. The rest, 44.5 percent, comes from enterprises. However, CoreSite and the other large publicly traded operators have said that they have relatively few enterprise customers that are in industries heavily impacted by the pandemic, such as travel, hospitality, and retail.

One of CoreSite’s 10 largest customers, which happens to be in the travel and hospitality vertical, will not be renewing its leases that represent $8.3 million in annualized rent expiring in the fourth quarter and $6.7 million expiring one year later, the company said. The customer is responsible for 4.6 percent of CoreSite’s annual rent revenue, but it’s unclear whether the decision not to renew was a result of economic struggle.

The Denver-based data center provider signed 129 new and expansion leases in the third quarter and renewed 309.

QTS Realty Trust and Equinix also reported solid leasing results and revenue growth for the quarter this week. Their peer CyrusOne reported a “disappointing leasing quarter,” but the company’s leadership managed to paint a picture of its current sales pipeline encouraging enough for investors to push its stock up following the company’s earnings call Thursday. CyrusOne’s revenue for the quarter grew 5 percent, nevertheless.

CoreSite added 37 new logos to its customer roster during the quarter, Steven Smith, its chief revenue officer, said on the company’s earnings call Thursday. Enterprises were responsible for the largest portion of the new logos signed, he said.

“The biggest markets in terms of [leasing] volume for us … were Santa Clara, Los Angeles, and New York,” Paul Szurek, CoreSite’s president and CEO, said. “In most of our markets, supply and demand is pretty much in balance. Pricing is solid.”

Some data center providers, including CoreSite, have struggled recently in Northern Virginia, the world’s largest data center market, where new capacity and new entrants who are reportedly offering lower rents to hyperscalers have made it difficult for others to strike deals at attractive enough returns.

“Virginia still is the most challenging market from the standpoint of pricing, but it hasn’t gotten any worse in the last couple of quarters and may have improved a little bit,” Szurek said.