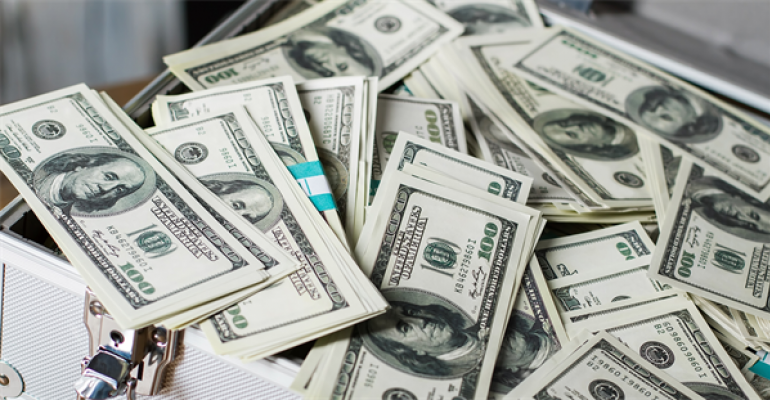 (BLOOMBERG) - Samara Lambright started a new job last fall at a call center for a big national bank. She’s making $18 an hour -- much more than she used to, even though everything costs more nowadays, too.

On the downside, the hours aren’t great for spending time with her two-year-old daughter, or finding daycare. Lambright works shifts that end at 8:30 pm, and at least one day each weekend. “It’s a good job, but at the end of the day it’s hard,” she says. “Sometimes it feels like they’re not willing to accommodate working moms or single moms.”

Her story shows how the reassessment of work that’s under way in hot pandemic labor markets, putting pressure on employers to offer a better deal, has plenty of room to run. It also illustrates the dilemma for the Federal Reserve -- which is tasked with ensuring that jobs are abundant, but also that inflation doesn’t eat into the wages of people like Lambright.

On Wednesday the Fed took the unusual step of forecasting a rise in unemployment over the next two years, as it stepped up the pace of interest-rate hikes to rein in soaring prices. Fed Chair Jerome Powell said the high level of job vacancies points to a “real imbalance” in wage bargaining.

Wages aren’t the only thing workers are bargaining for. After decades in which they held almost all the cards, employers are having to accommodate millions of Americans for whom the workplace just hasn’t been a good fit. That means not only higher wages, but also better benefits and working conditions. Companies are embracing remote work.  Many have gotten to better understand the life that mothers and fathers live outside the office, after getting a glimpse of kids and homes on video calls. There’s even talk of four-day work weeks.

For the Fed, which has “maximum employment” written into its mandate, it should be a moment of table-pounding cheer. But it isn’t.

Inflation is running at a 40-year high. What Powell has called an “overheated” labor market has become part of the story about how to get it down. Higher interest rates are the tool, and more unemployment one of the consequences -- an outcome that would allow companies to revert to old habits of using job insecurity to hold down wages and rebuff workers pressing for better conditions.

In the Fed’s best-case scenario, a steady rise in interest rates suppresses demand just enough to reduce job openings, but not enough to raise unemployment excessively. Powell said that’s the path the Fed wants to pursue -- and also one that’s become more challenging as inflation remains stubbornly high, partly due to outside shocks.

“It is unlikely that we are going to get inflation completely down to the 2% target without some upward movement in the unemployment rate,” says Matthew Luzzetti, chief U.S. economist at Deutsche Bank Securities.

Inflation is a distributional nemesis, eating up the purchasing power of those least able to bargain their wages up, which is one reason why the Fed has a mandate to ensure stable prices. But a sustained tight labor market -- the other side of the Fed’s mission -- pushes employers to offer a better deal.

That’s not something that US business has done well in recent years. In one of the ironies of the great workplace rethink, companies are slowly realizing that if there’s a shortage of labor supply, they are partly to blame.

“Work is just a lot less attractive for people in the United States than it should be,” says Paul Romer, a Nobel laureate who is now a professor of Economics at New York University. “This is the cumulative effect of years of pressure on wages.”

In a striking example, men in the prime working years of 25-34 have seen a steady decline in labor-force participation. More than 94% of them had a job, or were looking for one, at the start of the 1990s. Today, the number is 89%.

The pandemic shone a spotlight on every corner of the labor market. Millions of women dropped out of the workforce. Employees from grocery-store staff and garbage men to nursing aides were labeled “essential” workers -- raising hope that America’s labor contract was changing.

Recruiters say they are seeing real change in the form of better benefits for workers -- both the traditional kind and some newer ones such as personalized career coaching or stipends for remote offices.

“There absolutely has been a shift,” says Camille Fetter, founder of Talentfoot Executive Search & Staffing, a recruitment firm specializing in digital business. “We now see and know the whole self of the employee. We have a broader understanding of who they are and what they need from an employer.”

This may sound abstract, but it is showing up in government data. Benefits to private-sector workers, which include paid leave and supplemental pay, rose in the first quarter by the most since 2004, according to the Labor Department. The 1.9% jump was almost triple the average increase over the past 20 years.

It’s an encouraging trend for workers, but there are big question marks around its staying power.

Precarity isn’t just low pay. It can show up in job insecurity, poorly designed workplaces, and outright negligence about the needs of employees. It can take years to change workplace culture.

Sarah Sperry is a college graduate with an MBA, and a mother of three. She liked her job and her boss -- but there was still something about it that didn’t comprehend all areas of her life, and she soon found out that scores of women felt the same way. (She had previously worked for Bloomberg LP in sales from 2007-2014).

Sperry resigned from Franklin Templeton in June 2020, worn out mentally and physically. She certified as a health coach and started her own company called Sperry Wellness that works mainly with women and mothers trying to manage burnout. One in five US women between the ages of 40 and 59 take antidepressants, almost triple the rate of men.

“Everyone has a similar story,” Sperry says. “Most women I talk to have gone through multiple health care providers and chronic stress.”

The incentives for employers to address the demands and needs of their staff depend on the job-market conditions engineered by the Fed.

Powell in May 2020 called the hot labor market of 2019 “tantalizingly good” as low-income communities began to make gains. Black unemployment touched 5.4% that year, a record low. Today the rate is 6.2% -- and while Powell has praised the rise in wages, he also calls the labor market “unsustainably hot.”

For a long time, economists -- at the Fed and beyond -- wrapped employment into prices, which boils down to saying that too many employed people are an inflation threat. The claim ignores the still large amount that companies could do to bring in, or bring back, more labor supply with higher pay and workplaces that are a better fit.

James Galbraith, who as a congressional staff member worked on the Humphrey-Hawkins Act of 1978 which enshrined the maximum-employment goal, says there’s an “old instinct of the central bank to ensure that there is a long queue of people at the gate.”

It’s an approach the Fed has backed away from in recent years. But Galbraith, now a professor at the University of Texas, says he’s concerned that a hard landing in the economy will again reinforce job insecurity up and down the income spectrum. He points to countries like Germany, Japan and Sweden where in modern times labor has been treated like a partner -- providing workers some protection from the volatility of job markets, and delivering higher productivity as a result.

“The notion that labor is a short-term market relationship is a profoundly dysfunctional way of thinking,” he says.