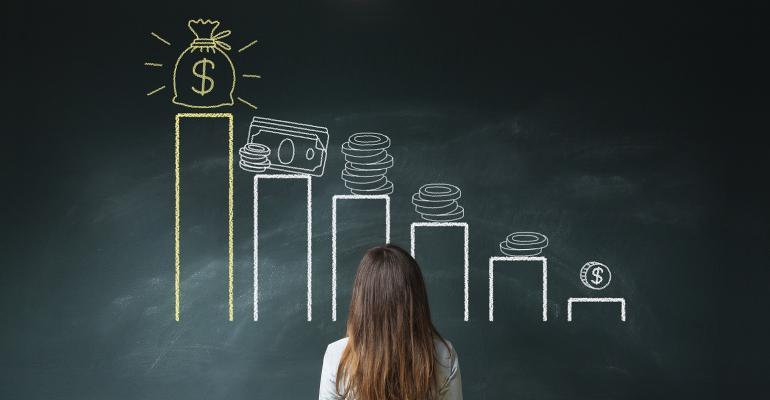 IT Operations Engineer Salary: What to Expect, and How to Earn More

IT operations engineers on average make less – often much less – than those in other IT roles. Here are strategies for getting a boost in pay.

IT operations engineers are paid decently well – but not as well, on average, as engineers in other fields, like development and security.

If you work in ITOps, that may come as a disappointment. The good news is that there are steps you can take to maximize your IT operations engineer salary.

What Is an IT Operations Engineer?

IT operations engineers are responsible for deploying and managing applications and the infrastructure that hosts them.

They don’t create the applications (that’s a task for developers) or take the lead in security (which is a separate discipline). But IT operations plays the leading role in setting up IT environments and keeping them running.

As of 2022, IT operations engineers can expect to earn between $65,000 and $70,000 on average, according to sites like ZipRecruiter, Indeed and Glassdoor.

Average salaries for IT operations jobs in high cost of living areas, such as New York City and the San Francisco Bay region, skew a bit higher, into the mid-$80,000s. But even in those locales, few IT engineers earn six figures unless they are promoted to the IT management ranks.

How Does IT Operations Salary Compare?

Depending on your perspective, the salary ranges described above may or may not seem very impressive.

I imagine a fair number of folks early in their careers would be happy enough to make around $70,000. It’s certainly higher than typical pay for recent college graduates, which is about $55,000.

On the other hand, if you compare IT operations engineer salary to those for other tech roles, working in IT operations seems less impressive. Software engineers earn nearly $110,000 on average, which is similar to salary estimates for security engineers. Site reliability engineers (SREs) do even better, with mean salaries of around $125,000 – almost double those of IT engineers.

By the standards of the broader IT industry then, IT operations work doesn’t pay especially well.

How to Earn More in IT Operations

If you’re an IT operations engineer (or aspiring to be one) who is unimpressed by typical earnings in the field, consider the following strategies for earning more.

In general, IT operations work requires only basic coding expertise. You usually need to know how to script and manage configuration files, but a lot of IT operations tasks can be performed without writing code (especially in Windows-based environments, where graphical administrative interfaces are widespread).

That said, more complex IT operations work often requires more advanced coding skills. For instance, if you want to take advantage of an everything-as-code approach to ITOps, which can help you work more efficiently in large-scale environments, you’ll need to know how to work with declarative programming languages such as Rego.

When you bring those types of skills to the table, you demonstrate more value to employers because you can do more for them in less time. In turn, you position yourself to earn more.

Along similar lines, Linux expertise is a type of skill that not all IT operations engineers possess. It’s easier in general to learn how to point and click your way around Windows admin interfaces than it is to learn Linux CLI tools.

As a result, learning Linux is a great way to earn more in the IT operations field. Indeed, Linux engineers (who are arguably a type of IT engineer) earn around $110,000, quite a bit more than generic IT engineers.

Kubernetes is another in-demand technology that not all IT operations engineers know well. If you can help companies migrate their applications to containers and deploy them in Kubernetes, you’re likely to command a much better salary than an IT engineer who only knows how to run monoliths and VMs.

Yet another example of an in-demand skill set is cloud computing. IT operations engineers who know how to deploy and manage applications in the cloud stand out from the crowd.

Learning the cloud means more than just understanding cloud computing architectures and concepts. If you really want to maximize your IT salary, gain hands-on experience using specific cloud tools and services – like AWS’ EC2, S3, Lambda, EKS and CloudWatch (or their equivalents on whichever cloud platform your employer or prospective employer uses).

IT engineers and site reliability engineers do many of the same things (like deploying and managing applications), albeit in different ways.

What this means is that, if you already know IT operations, it’s not too hard to transform yourself into an SRE. In so doing, you’ll put yourself in a position to enjoy an SRE’s salary – which, as noted above, is nearly twice that of an average IT operations engineer.

Get some side gigs

Consider doing IT operations work on a freelance basis to augment the salary from your main job. While the pay for freelance IT work can vary significantly, data shows that freelancers in general earn more per hour than they do in full-time jobs.

Plus, IT work tends to be easy to perform from anywhere with a flexible schedule. That makes it easy to land some side gigs doing work for companies that may not need a full-time IT operations engineer but do need help with their systems.

Of course, make sure your full-time employer is OK with moonlighting before you go down this route.

IT operations engineers don’t earn as much on the whole as their counterparts in other technical roles. But by being strategic about which skills you choose to develop, you can make yourself an in-demand IT engineer – and, in all likelihood, earn more in the process.