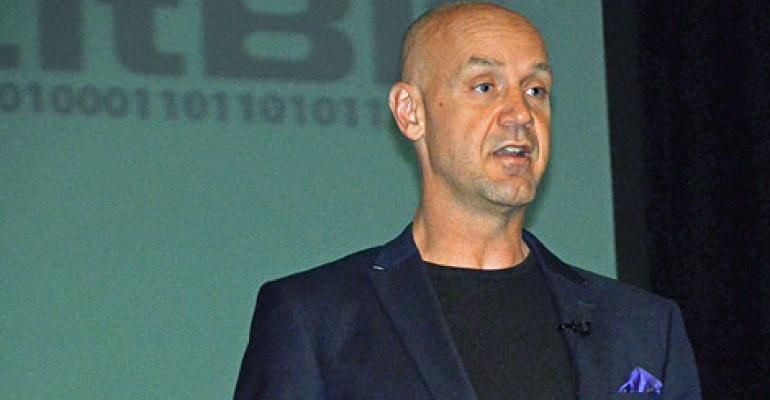 Scott Noteboom has been talking about his data center startup LitBit for three years now without giving up much detail about what exactly the company will be selling. Now the veil has come off.

Noteboom, who in the past led data center strategy for Yahoo and later Apple, expects the system to be used primarily by data center operators at first, but it is designed for use with connected devices beyond those in the data center, and he expects LitBit’s reach to widen in the future, he recently told Business Insider.

Noteboom announced LitBit in 2013, following his departure from Apple, where he led infrastructure strategy, design, and development for two years. He joined Apple after about six and a half years as VP of data center engineering and operations at Yahoo.

Users can build their own applications to automate the infrastructure via LitBit’s API, but the company also has several canned solutions for infrastructure monitoring and management.

The software, called RhythmOS, can be used as a pure cloud based service or as a combination of on-prem and cloud-based services.

While Noteboom never revealed much detail about LitBit’s plans in the past, the general direction of the company he described when he announced it three years ago was different from the products it recently unveiled. In an interview with Data Center Knowledge in 2013, Noteboom said LitBit would help international companies set up infrastructure in emerging markets, particularly in China, where the regulatory environment is very difficult to navigate for outsiders.