Find insight and analysis on the latest in data center infrastructure for the Internet of Things here. 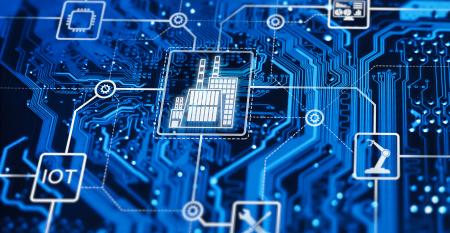 Swarm Reveals Pricing for Its Satellite Data Network
Sep 29, 2020
It's "like dial-up modem speeds," but that's all that's required for the Internet of Things.

IoT in the Enterprise: Watch out for Ransomware
Aug 04, 2020
Ransomware is not an immediate threat to IoT in the enterprise--yet--but it should be on the security radar.

The Edge Computing Model for Storage Is Looking Better All the Time
Jul 21, 2020
The edge computing model shows promise for storing the massive amounts of data generated by IoT and other edge devices.

Sponsored Content
5G, Smart Cities, and Edge: The IoT in Our LIves
Jul 10, 2020
Billions of IoT devices are expected to come online globally over the next decade. Because they will be widely dispersed and require so many ancillary support systems, having remotely managed intelligent power to run both the IoT devices and the...

Microsoft Fine-Tuning Secure IoT Infrastructure
Oct 30, 2019
With the goal of simplifying the process of creating secure IoT solutions, Microsoft shoots for an early 2020 release of Azure...

HPE’s Aruba Says Data Center and Campus Networks Should Be One
Oct 22, 2019
The HPE company announces new data center and campus switches and a single OS to manage it all.

The Future of IoT Devices Is in Question
Aug 08, 2019
While IoT devices and technology were all you heard about for a while, the buzz has dimmed. Here's why and what developers need...