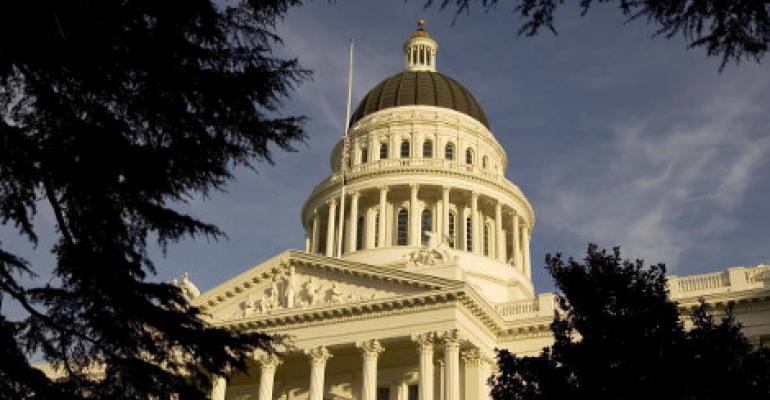 California building regulators recently approved a type of free data center cooling technology that saves water, writing the change into the part of the state’s building standards code that deals with energy efficiency of buildings.

Emerson Network Power lobbied the California Energy Commission to make the change because it wanted to sell a data center cooling system that uses pumped refrigerant for economization to data center operators in the state.

John Peter Valiulis, VP of North America marketing for Emerson’s Thermal Management unit, said the regulators were scrupulous in evaluating proposed changes and the data the company submitted to make its case, but there was a lot of willingness to cooperate on the state’s part because of its extreme drought conditions. Because of these conditions, there is high demand for water-saving data center cooling solutions in California, and he expects more innovation in the space as a result.

“There’s enormous amount of interest,” Valiulis said. “Most interest we’ve experienced in well over a decade. You’re going to see a lot of new technologies come out like this.”

Simulation files Emerson submitted to the CEC, which CEC staff reviewed and endorsed, showed that the company’s refrigerant-based system would not only avoid the use of water in free cooling altogether but also use less energy than a water-side economizer would in 14 of California’s 16 climate zones. The data were analyzed by CEC staffers and an outside consultant.

Economizers work together with mechanical cooling, supplementing cooling capacity when outside air is cool enough. Depending on the conditions, the free-cooling system can either substitute the mechanical chiller completely during cool hours or provide part of the load.

Emerson’s product is called Liebert DSE thermal management system with EconoPhase Pumped Refrigerant Economizer. The company launched it a little over one year ago. Outside of California, it is now deployed at about 50 sites in North America, as well as some in UK and Australia, Valiulis said.

It is mostly a traditional direct-expansion cooling system with an indoor Computer Room Air Conditioner and an outside condenser. The unusual third component is a refrigerant pump. It has two refrigerant circuits: one to the pump and one to the condenser.

There are two compressors, which can be switched off individually, when the system switches to refrigerant cooling. It measures temperature on the data center floor and outside in real-time. If it is cool enough outside, it will switch off one compressor and rely on the economization loop. If it gets even colder, it switches off the second compressor.

While data center water use has been on the industry radar at least since The Green Grid started working on its Water Usage Effectiveness metric, published in 2011, the issue has become more acute in California recently due to the drought. As there is no telling whether water availability in the state will ever improve, data center operators will increasingly look to alternative technological solutions to reducing reliance on water for cooling.

Emerson announced earlier this year a plan to spin off Network Power as a separate entity.