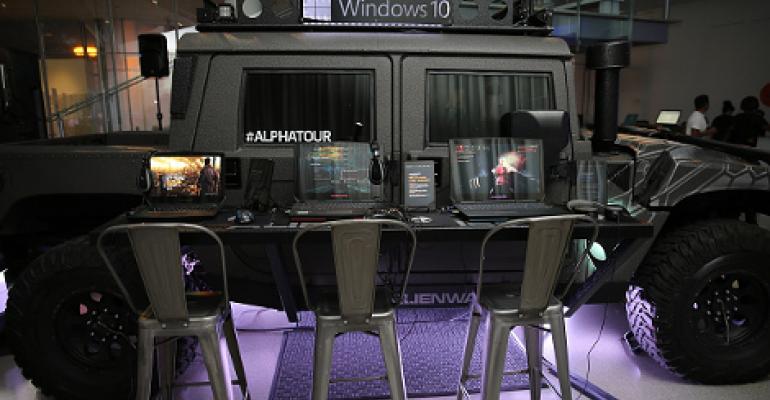 Dell and Microsoft celebrate the launch of Windows 10 at a VIP Event on July 30, 2015 in Chicago, Illinois. (Photo by Neilson Barnard/Getty Images for Dell)
Blades

Current version only works with Windows 7 and Windows 8.1

Taking a look back at the last two weeks in Microsoft news reveals a successful release of Windows 10 as illustrated by installations on more than 25 million devices and a doubling of usage on the MacOS version.

That's all well and good for the masses, however, IT administrators have been chomping at the bit for a Remote Server Administration Tool (RSAT) that's compatible with the new operating system. The current version, updated back in January, only works with Windows 7 and Windows 8.1. However, users won't have to wait much longer, as reported by our sister site Windows IT Pro. Gabe Aul, Microsoft's corporate vice president, just announced on Twitter that the RSAT for Windows 10 will be made available before September as will the third technical preview of Windows Server 2016.

While the RSAT update provides a much-needed tool that allows for remote control of roles and features installed on Windows Server 2012 , it's not expected that much will change with Windows Server 2016 except for a few minor tweaks. As previously reported, the 2016 version will include Nano Server, a new “headless deployment option for Windows Server” that features “deep refactoring” focused on CloudOS infrastructure, born-in-the-cloud applications and containers. According to Microsoft, Nano Server will “eliminate the need to ever sit in front of a server."

As you'll recall, Microsoft ended support on Windows Server 2003 back on July 14 after the roll out of Windows Server 12, which some say is its best server OS in a long time. Architected from the ground up as a hybrid cloud enabler, it allows companies to take advantage of as little or as much of Microsoft Azure services as needed but still supply a solid private data center OS.