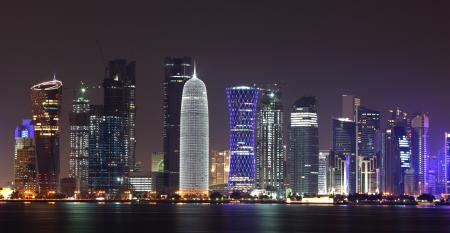 Qatar Takes Steps to a More Sustainable Future
Sep 12, 2022
Microsoft has opened the Qatari region for its hyperscale data centers and QatarEnergy is investing $1B in a hydrogen energy plant in the...

Data Center Hardware Refresh Cutback by Microsoft — What’s Next?
Aug 25, 2022
Microsoft expands its cloud server life span from four to six years. We delve into the ways this affects data...

Microsoft Cuts Jobs in Structural Adjustment, Plans More Hiring
Jul 12, 2022
The company said the layoffs were not spurred by the worsening economic picture, but in May it also slowed hiring in the Windows and Office groups.

Microsoft Extends Secured-Core Program to IoT Devices
Jul 05, 2022
The decision follows a recent study that found security to be the top priority when deploying IoT devices.

Microsoft Says It Will Work With Unions, With Eye on Activision
Jun 04, 2022
Microsoft’s statement comes against the backdrop of a swell of labor organization in the U.S., including in industries and at companies where such efforts have traditionally struggled or failed.

Microsoft Will Boost Pay and Stock Compensation to Retain Employees
May 17, 2022
The changes will apply to a substantial part of the company’s workforce, which stood at 181,000 in the middle of 2021.

Microsoft Security Chief Issues Call to Arms to Protect Metaverse
Mar 29, 2022
In the metaverse, phishing "could be an impersonation of your CEO inviting you to a meeting in a malicious virtual conference...

Microsoft-Backed Fund Raises $200 Million for Climate Startups
Jan 19, 2022
The firm touts a unique model: it is financed by utility providers and oil and gas companies.

Microsoft Hires Key Apple Engineer to Work on Custom Chips
Jan 13, 2022
The move suggests that Microsoft is accelerating a push to create homegrown chips for its servers.

Microsoft Targets Cloud Laggards in Broader Industry Push
Dec 16, 2021
Microsoft is focusing attention on industries it believes have fallen behind when it comes to cloud modernization, like architecture and engineering.
Load More