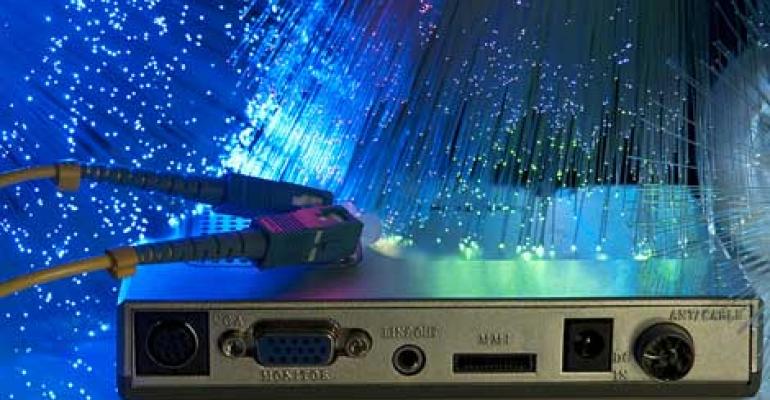 How the Internet May Be Taken Down

DCK contributor Bill Kleyman looks at all the non-Hollywood-friendly but real ways the Internet could be taken down.

We’ve all seen some of the latest apocalyptic movies with some pretty epic reasons for losing Internet, electricity and other modern technologies. What’s interesting is that a lot of these reasons are far-fetched and aren’t always entirely realistic.

So here is where you pose a really challenging question: How, in today’s world, can the Internet completely go down?

Before we get into “how” – we have to understand “what” the Internet really is. At a very high-level, the Internet is a vast interconnected network of data centers spanning the globe. These data centers have exchange points, protocols and routes that they have to follow. With every year that passes, the Internet becomes more and more resilient. Why? Because at this point, Internet communication is absolutely critical to the survival of our current society.

To really understand just how complex the Internet will be, here is the entire Internet network, in all of its glory. 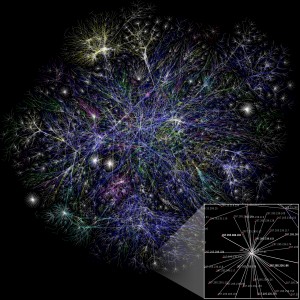 We know the Internet is huge and that there are a lot of connections. So how can all of this fail? Well, there are a few ways.

Bringing down a couple - or even all - of the satellites will actually do little to cut Internet traffic. Yes, it will cause an amazing amount of issues, but the Internet will most likely live on. At this point, roughly 99 percent of global Web traffic is dependent on deep-sea networks of fiber-optic cables that blanket the ocean floor like a nervous system. These are major tangible targets – creating very real choke points in the system.

Consider this: As much as three-fourths of the international communications between the Middle East and Europe have been carried by two undersea cables, SeaMeWe-4 and FLAG Telecom's FLAG Europe-Asia cable. To make things movie-worthy, you can’t just cut the wires. Why? Because they’re designed to be fixed. However, a strategic strike that will take out the fiber optic cables or damage the entire wire will do the trick. If this is done at choke points you can disable or almost completely halt global Internet traffic.

It’s much easier to go to Google.com than to type in 74.125.225.131. That’s what root servers do – they are responsible for decoding .com, .net, .org. names before aligning them with the correct IP address. If you take out these servers, the Internet will no longer recognize the alphabet when you type in an address.

Here’s the interesting part: there are "only" 13 servers that do this. Here’s the list of them. Effectively, if you take these servers down, the only way to “browse” the Internet will be with a physical piece of paper, a pen and a really good memory around numbers.

Here’s the other interesting part: take down these servers and IPv6 won’t work either. Phones, computers, businesses, everything will stop. The challenge with this is that these severs are replicated and backed-up and replicated hundreds of times over. Plus, with IPv6 - how these data centers receive and process multiple IP address is changing as well. Still, a “mission impossible” style attack where backups are killed, replication is stopped and only 13 servers remain could make a catastrophic outage possible.

China, Iran, North Korea, Syria and a few other folks already have an “Internet Kill Switch.” We’ve seen an entire country go dark. When Syrian and Egyptian rebels were posting pictures of the conflict, the government simply flipped a “switch." This is what happened:

What if the U.S. had this switch? What about the EU? What if there were secret programs (NSA-style) that had complete control of the Internet from a kill-switch perspective? Here’s the interesting part – what if it broke? A country or governing body can take down the Internet; but what if they can’t bring it back up? What if a malicious group gains access to the kill switch and takes it down permanently? Even if you could fix it – having the Internet go down for a few months would be absolutely detrimental - especially if it was on a global scale.

Take out the data centers

This is a possibility. The modern data center does indeed house all of the major components around the Internet. So, why not cut the wires AND take down the data centers? It could work – here’s the list. At this point, you’ve cut the wires, and for your final act – you take down some of the major data centers and their exchange points. For those exchange points – here’s the list sorted by size. TelX, Equinix, NAP, TeleHouse, GlobalSwitch are all major data center carriers. They have around-clock-security. However, even the most secured facilities can be broken into. A well-drawn out plan where major undersea wires are severed and a few of these data centers are destroyed will effectively take down the Internet.

From a catastrophe perspective, this is a bit cliché but it is possible. If there is a major solar flare - or a large solar storm – communications can be affected. Still, the enormity of this storm would probably cause issues outside of just the Internet going down. Most likely, a massive flare will take out satellites first. On terra firma you would have massive magnetic frequency modulations which would disrupt communications. You’d probably have some serious health issues to go along with it. Again, it’s possible.

By far the MOST resilient part of the Internet is the people that support it. When in absolute dire emergencies, people have been known to do amazing things to fix and resolve issues.

So here’s the tough part – if you really wanted to take down the Internet, you would have to add this step to your list. Unfortunately, some of the key people responsible for overseeing and supporting Internet functionality will have to be temporarily displaced. These are the engineers, architects and key people that can help re-build the Internet should something happen. Without them, rebuilding core Internet components becomes very challenging. Imagine having to find experts who have to rebuild, literally, everything.

Other thoughts: Taking down the Internet is possible based on what I have above. If you go with steps 1, 2, 4 and 6, you can pretty much cripple Internet communications. The big question is for how long?

Ultimately, there will be other people that can help rebuild what needs to be put in place for the Internet to work. The question becomes the goal of the outage or the attack. If the attack is well thought out and executed, the outage can last many months. Taking down the Internet even for 6 months will pretty much place all of us back into the stone age when it comes to communications. Phone traffic, emergency communication, and a lot of other non-Internet dependent services also run through the aforementioned data centers. If you take those out, you don’t only eliminate the Internet, you also kill off a lot of services which utilize the same infrastructure as the Internet. So really, we have two questions: How do we take it down and for how long? In either scenario, we quickly realize that a reality in which the Internet is completely down is quite frightening.

We have already seen brief outages, latency or other issues cause mini-panics across affected regions. A global meltdown of Internet services would be pretty catastrophic. Fortunately for all of us, at the core, the Internet really does have a massive amount of redundancy and resiliency built in.

Even still, the future will see many more people join the cloud and the Internet. Global communications will continue to expand and become critical components of our society. In all of our development, it’s very important that we never lose sight of creating recovery points, resilient environments, and a platform capable of supporting both our current and future needs.