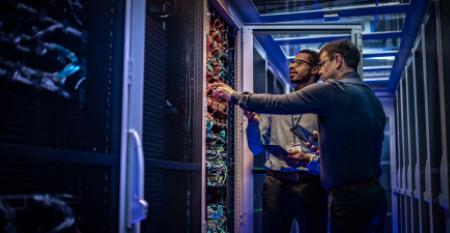 Are Cloud Outages the Result of Choosing Price Over Reliability?
Aug 05, 2022
Market pressures and risk tradeoffs made by cloud providers might be the key to understanding why outages happen...

Ten Ways To Ensure Maximum Data Center Uptime
Jun 24, 2022
There's never been a better time for your data center network team to focus on maximum uptime and it starts with...

IT Availability: The Whole Truth
Feb 01, 2022
Some of the figures people quote for the reliability of their IT systems look ludicrously minimal, very often through misunderstanding terminology or simply cheating.

Journey Through the Clouds to Better Data Backup and Retention
Oct 11, 2021
When global airport group daa moved to Office 365, it found its on-premises backup service was no longer enough to handle its data backup and retention needs. So it turned to the cloud.

What Is Fastly and Why a Slew of Websites Went Offline
Jun 08, 2021
Websites hit by the outage, including Amazon, the New York Times, Reddit, and U.K. government sites were accessible again...

KubeCon Panel: The Edge Won’t Make a Decentralized Internet
May 24, 2021
A KubeCon panel on the edge gave a quick thumbs down to the Open Grid Alliance's idea of a decentralized internet improving...

Data Center Outages Were Fewer but More Damaging in 2020: Uptime
Apr 27, 2021
The number of data center outages is growing, but IT infrastructure is expanding much faster.

Give OVH a Break. And Use the Data Center Fire as a Teachable Moment
Mar 23, 2021
There’s a lot to be learned from the incident. Here are the first questions that must be answered.
Load More