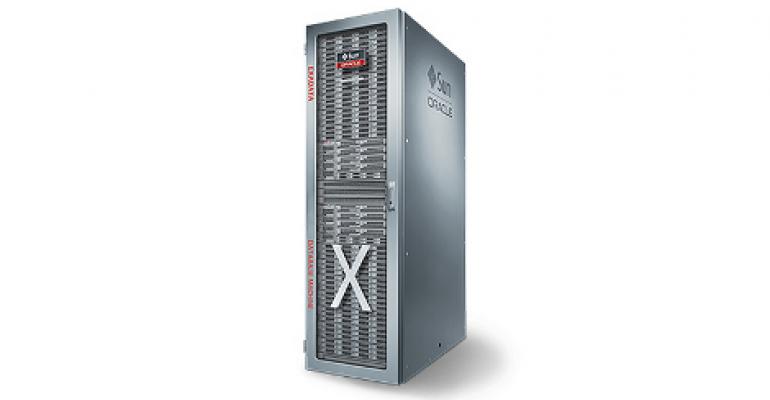 Intel has designed a custom processor for Oracle it says will enable the customer to dynamically scale frequency and the number of cores processing Oracle software workloads.

Customizing chip designs for high-volume customers is already a big business for Intel, and one that is growing. The company makes custom chips for vendors as well as web-scale data center operators, such as Facebook, Google and Amazon.

In June, Intel also announced a hybrid processor that combines its Xeon E5 chip with a Field-Programmable Gate Array. It has not disclosed an availability date, but once out, customers will be able to change the processor’s configuration dynamically as their needs change.

The custom SKU Intel came up with for Oracle is a modified version of its latest Xeon E7 v2 chips. Making frequency and the amount of active cores dynamic takes compute power elasticity to new level of granularity. Elastic capacity traditionally means dynamic adjustment of the amount of physical or virtual machines allocated to a certain workload.

The companies made the announcement at the same time Oracle announced the latest model of its massive database machine called Exadata. The machine, X4-8, uses the custom 15-core chips Intel designed to power its powerful database server hardware.

Oracle says it has optimized X4-8 specifically for Database-as-a-Service and in-memory database workloads. It comes with up to 12 terabytes of DRAM and can be used to either consolidate hundreds of databases or to run massive databases in-memory.

Here are the hardware enhancements over the previous generation of Exadata: