BROUGHT TO YOU BY
Recent
Recent
Responsibly Recycling Computers in the Age of COVID-19
Jan 27, 2021
Mastercard Joins Net-Zero Climate Club With Audacious 2050 Goal
Jan 27, 2021
Fallacies About Edge Computing
Jan 25, 2021
How Kubernetes Could Underpin Edge Computing Platforms
Jan 25, 2021
Top 5 Data Center Stories of the Week: January 22, 2021
Jan 22, 2021
Featured
Data Center and IT Trends to Watch in 2021
Oct 01, 2020
What Data Center Colocation Is Today, and Why It’s Changed
Nov 16, 2020
Everything You Need to Know About Colocation Pricing
Nov 13, 2020
Why Equinix Doesn't Think Its Bare Metal Service Competes With Its Cloud-Provider Customers
Nov 09, 2020
Highlights 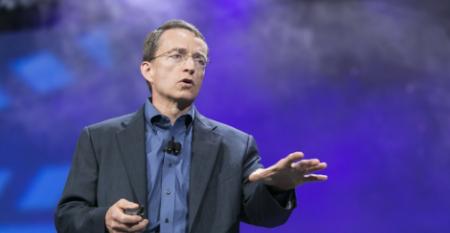 Intel Tumbles After New CEO Recommits to Chip Manufacturing
Jan 22, 2021
Gelsinger says most of Intel's 2023 products will be made internally, but it's likely that use of external foundries will expand.

Intel CEO Bob Swan Is Replaced by VMware’s Pat Gelsinger
Jan 13, 2021
Gelsinger is returning after 10 years away from the company to shepherd it out of a crisis threatening its leadership of the chip industry.

Confidential Computing, the Next Big Thing Making Cloud Less Scary for Enterprises
Jul 30, 2020
Securing data while in use opens doors from the on-prem data center to the cloud for more applications.

Nvidia Valuation Soars Past Intel on Graphics Chip Boom
Jul 08, 2020
Its two pillars of strength -- hardware for graphics and for AI in the data center -- have made it the third-largest chipmaker, behind TSMC and Samsung.

Intel’s Top Chip Designer Resigns for Personal Reasons
Jun 11, 2020
While Intel continues to report record sales, its rivals claim their products are now equal or better in performance and that Intel’s manufacturing delays make it more vulnerable to competition than it has been in years.
Load More