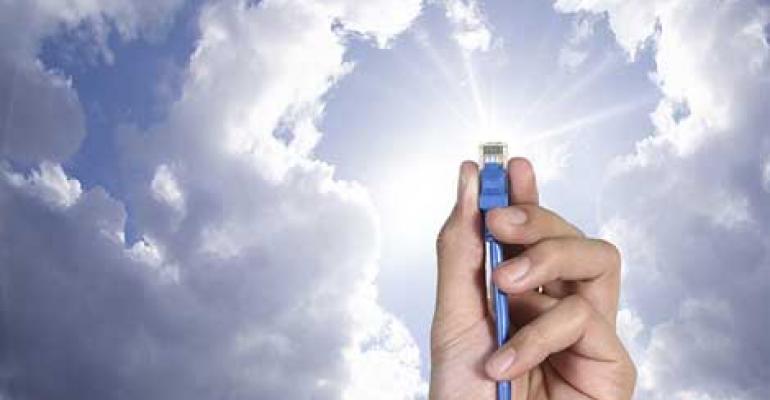 IBM has a new patent which dynamically moves virtual machines to a new cloud node with available network capacity once the system senses a network bandwidth shortage.

IBM has a patent that takes a stab at the noisy neighbor problem with cloud computing. The company developed and patented a method to dynamically manage network bandwidth within a cloud.  IBM received U.S. Patent #8,352,953 for the new method in software-defined networking (SDN), which could lead to better system performance, efficiency and economy in the cloud. This is a potential boost for IBM SoftLayer cloud efforts, as it’s a potential fix to network performance problems for cloud users.

“This is the type of investment in invention and innovation that is needed to be a leader in the competitive cloud computing market,” said Dennis Quan, vice president of strategy, IBM cloud services. “IBM inventors are focused on researching and developing new cloud computing technologies and techniques that will pave the way to leadership for IBM and its clients.”

Dynamically Provisioning Virtual Machines automatically decides the best way for users to access a cloud computing system based on availability of network bandwidth. The invention calls for network resource management to be completed using software to obtain data from the management information database of the network switch to determine the amount of bandwidth being used by each IP address assigned to each VM within the compute node. When network bandwidth becomes constrained in one node, the system will automatically reassign some of the VMs to another node with network bandwidth capacity available.

This will be ideal for online retailers faced with traffic spikes during shopping season, news sites who see a surge after a major news event, sporting events sites, and web companies overall with unpredictable traffic such as a startup launch that gets media attention.

This is an alternate take to the majority focus in cloud; the issues of CPU and memory utilization and optimization. The network bandwidth is the last part of the equation to really get "cloudified," as this is where performance most likely gets impeded. It’s something that’s not easily fixed by throwing up a bunch of additional virtual machines, or at the very least, is better fixed at the network. This is an old problem that also plagued shared hosters. There’s been increased focus and attempts at Software Defined Networking in the industry to solve the problem.

This invention can be applied run various operating systems, including Linux, Windows, CentOS, and UNIX, and a variety of hardware platforms, including IBM System x racks and BladeCenter, PureFlex, and Power Systems.