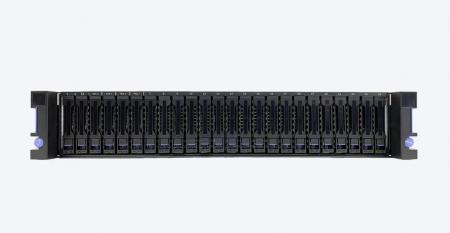 IBM Launches Storage Server for AI Workloads
May 25, 2022
ESS 3500 is up to 12% faster than previous generation systems.

Red Hat's Partnership With GM: From Edge to Data Center and Back Again
May 16, 2022
The partnership announced last week will see Red Hat working with General Motors to bring connected vehicles to...

IBM To Offer z/OS App Development and Testing in Its Public Cloud
Feb 14, 2022
Wazi as-a-Service is the first developer environment of its kind.

IBM Tells U.S. Staff to Get Vaccine by Dec. 8 or Face Suspension
Oct 07, 2021
In June, IBM told U.S. employees to return to the office by September but was then forced to shut down New York City locations amid rising Covid-19 cases in August.

IBM Showcases Strategic Digital Changes at the 2021 US Open
Sep 02, 2021
Crunching sports data and making it presentable to tennis fans continues even with the return of live audience in the stands.

Next-Gen IBM Mainframes Will Have On-Chip AI Accelerators
Aug 23, 2021
The new chip design is meant to enable AI inference on the mainframe for things like real-time fraud detection, faster trade...

Jim Whitehurst Left IBM Because He'd Rather Be CEO
Jul 19, 2021
Contrary to what some may have feared, the exec's departure wasn't a sign that IBM was trying to make Red Hat more like IBM, reneging on its promise earlier.

IBM Launches New Cloud, AI Services in Bid to Modernize Business
May 11, 2021
Watson Orchestrate is an attempt to capitalize on the rise of chat bots and virtual assistants during the pandemic.
Load More