Data center developer DuPont Fabros Technology is exploring acquisitions, and in recent months has investigated deals with other providers in both the U.S. and Europe, as well as opportunities to acquire properties, company executives said yesterday. 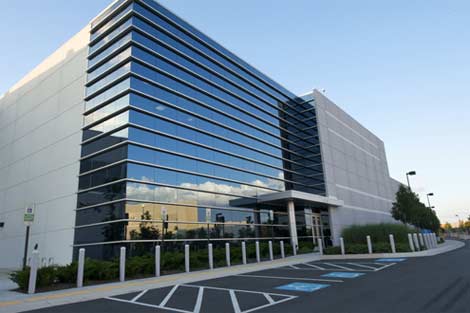 Data center developer DuPont Fabros Technology is exploring acquisitions, and in recent months has investigated deals with other providers in both the U.S. and Europe, as well as opportunities to acquire properties, company executives said yesterday. That marks a shift in strategy for DuPont Fabros (DFT), which to date has focused exclusively on building and operating its own data centers.

The company's efforts haven't been limited to small deals, either. In yesterday's earnings call, DFT President and CEO Hossein Fateh said that discussions were held with a large U.S. company that offered wholesale and colocation services.

"We are looking at acquisitions," said Fateh, who said the company was exploring deals that could give it a presence in retail colocation and the interconnection market.  DuPont Fabros currently operates "wholesale" space, leasing completed data halls to large companies.

The focus on acquisitions follows one of the most successful years in the company's history. In 2012 DuPont Fabros leased 41.5 megawatts of data center space, up from 25 megawatts in 2011.

"This has been our best year in leasing," said Fateh. "The amount of volume of leasing we've had has been unbelievable. If you had asked me a year ago, 'Would you have done 41.5 megawatts of leasing?' I would have said no."

Growth in Wholesale, But Open to New Models

Securities analysts focused on the company's growth options and its decision to focus on acquisitions. Fateh said that DuPont Fabros still sees strong growth trends in the wholesale data center business, but believes the company has reached a scale that allows it to look beyond its initial focus developing wholesale data centers.

"I think for our first 5 years, we had to build the tenant base and build a diversified portfolio that could successfully absorb an acquisition," said Fateh. "I believe we're now close to making that happen. And so now we would look to doing acquisitions."

Analysts focused on the company's stock price, and wondered whether DFT should forego acquisitions and instead buy back its own stock. The company has said it may repurchase up to $80 million of its stock, but has not initiated any purchases as yet.

Several analysts also asked whether DuPont Fabros would be open to being acquired itself.

"I think we would like to do whatever is in the best interest of our shareholders as strategic alternatives come up," said Fateh. "Nothing is off the table. As opportunities occur, we'll evaluate them on the best way to maximize shareholder value."

The discussion of deals and strategy were part of a wide-ranging discussion on the company's earnings call. Other topics included: