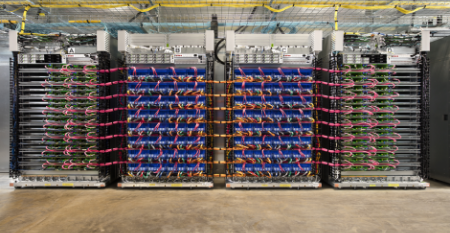 DCK Investor Edge: Digital Realty Signs Biggest Hyper-Scale Deal After All
Jun 13, 2017
DuPont and CyrusOne's mega-deal success may have forced Digital's hand, which may explain the price premium, but...

DuPont Fabros Deal Gives Digital Realty More Firepower in the War for Cloud Deals
Jun 09, 2017
The blockbuster acquisition expands the REIT’s capacity in top markets and serves as a preemptive strike in a...

Digital Realty Agrees to Buy DuPont Fabros for $4.95B
Jun 09, 2017
Analysts: Transaction would be a boon for the entire sector, reducing competition and helping balance price control.

Will Facebook Renew Its Data Center Leases in Ashburn?
Mar 03, 2017
Social network contributes one-fifth of DuPont Fabros’s total rent income and some of its leases are up in 2018.

After Beating Its Own Leasing Record in 2016, DuPont Fabros Keeps Foot on Gas
Mar 02, 2017
Company earmarks hundreds of millions for new construction this year, reveals entry in a new market.

Brexit: Keep Calm and Hold Onto Data Center REITs
Jul 07, 2016
After Britain's shocking vote, savvy investors have chosen to "vote" with their dollars, driving up the price of most US REITs...

How Long Will the Cloud Data Center Land Grab Last?
May 16, 2016
Leases signed with hyperscale cloud providers have become a windfall for data center landlords who have the ability to deliver large data halls
Load More