Data center operator CoreSite has filed for an initial public offering as a real estate investment trust (REIT), and hopes to raise $230 million, the company said in an SEC filing. 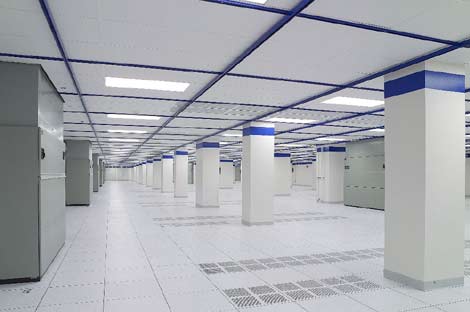 Data center operator CoreSite has filed for an initial public offering as a real estate investment trust (REIT), and hopes to raise $230 million, the company said in an SEC filing. The IPO filing is the third this year for data center operators, who are seeking to leverage improved capital markets and investor interest in the sector.

CoreSite Realty Corporation also plans to arrange a $100 million credit facility and issue $175 million in senior notes when it completes the offering, providing the company witha  total of $505 million when it begins life as a public company. CoreSite plans to trade on the New York Stock Exchange under the symbol COR.

Will Become Third Data Center REIT
CoreSite will become the third data center REIT, following in the footsteps of Digital Realty Trust (DLK) and DuPont Fabros Technology (DFT). All three offer finished "wholesale" data center space, which has been in high demand as end users seek turn-key space that can be deployed quickly.

CoreSite says it will use the proceeds of the IPO to repay debt and develop additional data center space, according to its SEC filing. The company operates 10 data centers in major markets around the U.S., comprising a total of 2 million square feet of rentable space. CoreSite also has the capability to add another 1 millions quare feet through the redevelopment of vacant space in existing buildings (481,000 SF) and building 496,250 square feet of new data center construction on land it owns.

Will Restructure Relationship With Carlyle
CoreSite LP is affiliated with the huge private equity firm The Carlyle Group. CoreSite Realty will be formed through a series of restructuring transactions prior to the IPO between CoreSite LP and Carlyle, which will receive stock in exchange for the data center properties they are contributing. The CoreSite Realty REIT will then function as the operating unit of CoreSite LP, which will own the company's 10 data center properties.