https://www.datacenterknowledge.com/sites/datacenterknowledge.com/files/logos/DCK_footer.png
Recent
Recent
Intel Debuts Data Center Chips Aimed at Fending Off Nvidia, AMD
May 12, 2022
Four Reasons Why AWS Could Lose Its Dominant Cloud Market Share
May 10, 2022
What We've Learned in the 12 Months Since the Colonial Pipeline Attack
May 09, 2022
US Brings Back Cyber Team to Combat Possible Election Meddling
May 09, 2022
Machine Identity Management: A Fast-Growing Frontier of Security
May 05, 2022
Featured
From Energy Star to DEEP: Making Data Centers More Efficient
Apr 14, 2022
Podcast: Is Liquid Cooling Inevitable?
Apr 11, 2022
Sponsored Content
Three Considerations for Colocation Providers
Sponsored Content
The Shape of the Edge in the Data Center
Liquid Cooling
brought to you by 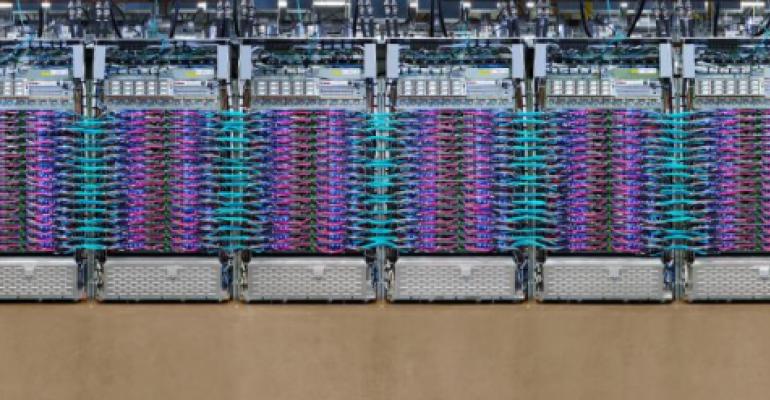 What’s All This About Liquid Cooling in Data Centers?

The rise of machine learning has put some wind behind liquid cooling in data centers. We decided to spend July taking a closer look at the trend and answering some big questions surrounding it. Here's everything that we've learned.

If liquid is so much better for cooling than air, why hasn’t it been adopted more broadly in data centers? Is ML the only thing driving the growth in adoption, or are there other applications? Is liquid cooling always more efficient than air cooling? At what point does air no longer cut it, period? Once the decision to go with liquid cooling is made, how is the data center team affected? Who’s innovating in the liquid-cooling space?

The rise of machine learning has put some wind behind liquid cooling in data centers. We decided to spend July taking a closer look at the trend and answering some big questions surrounding it.

Here’s everything we learned:

So, You Want to Go Liquid – Here’s What Awaits Your Data Center Team - Yes, in some cases you’ll need gloves and aprons, but once you get some practice with liquid, it may provide a more comfortable working environment.

Liquid Cooling Can Lower Data Center PUE, But That’s Not Its Main Draw - Experts agree that liquid cooling can produce energy savings, but power density is what drives companies to use it

Four Startups – Four Liquid Cooling Designs for Data Centers - These companies are innovating on the decades-old method for cooling computers.

Bitcoin Drove a Surge in Immersion Cooling Sales, But GRC is Eyeing More Stable Markets - Nearing its 10-year anniversary, the company formerly known as Green Revolution Cooling has yet to foment a revolution

Five Barriers to Adoption of Liquid Cooling in Data Centers - The rise of machine learning is driving adoption of liquid cooling, but the switch from air to liquid isn’t simple.