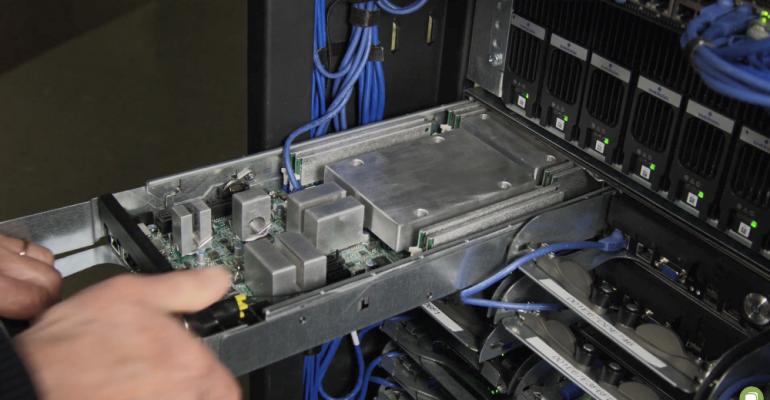 These companies can’t wait for the edge computing “floodgates” to open.

As artificial intelligence and machine learning are gaining steam, liquid cooling vendors are anticipating more business from data centers that host the power-dense systems running AI algorithms. But there’s another nascent market where they hope to make a splash: edge data centers.

As IT infrastructure for edge computing takes shape, they say data centers on the edges of networks – located next to cell towers, for example, in factories, or even in retail stores – can become a huge growth market for them.

Both already existing and future applications that require high network bandwidth and low latency – such as streaming content, the Internet of Things, autonomous vehicles, and virtual and augmented reality – are all expected to drive enterprises and service providers to place compute power and data storage at the edge, as close to users as possible, to improve application performance and cut network costs.

Vendors in the space and analysts covering it say liquid cooling is ideally suited for edge data centers, because they are typically small (or “micro-modular”) self-contained units that often pack a lot of processing power and storage. Liquid cooling technology is good for transferring a lot of heat from tightly packed racks of computers – much better than air-based solutions.

Liquid cooling typically enters the conversation when rack power densities in a data center reach 30kW to 50kW kilowatts (kW) or higher, Venkat S., an analyst at the market research firm Technavio, said. It’s also useful when power density varies from rack to rack. Both those scenarios are likely inside edge data centers.

“Air-based cooling would be rather ineffective when you have one rack at 10kW and another at 40kW,” he said.

In a highly-automated factory that monitors IoT devices, for example, an AI application can identify potential problems with production equipment that can be preempted or find additional factory efficiencies, Peter Poulin, chief executive at GRC (formerly known as Green Revolution Cooling), said. 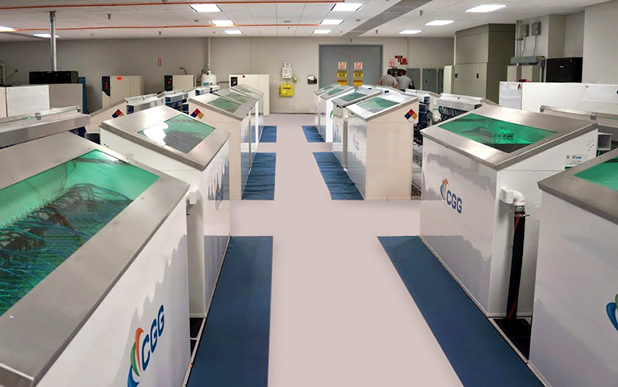 In addition to being density-friendly, liquid cooling improves location flexibility, Poulin pointed out. And much of the edge computing infrastructure expected to be deployed in the coming years is expected to be in locations that may not be ideal for storing sensitive electronics. Air cooling systems are not ideal for edge data centers in places that may be dusty or humid, for example.

“People that build edge data centers in containers will tell you that they can address those things by adding humidity controls and air filtering systems, but those things come with cost, complexity, and additional failure points,” Poulin said. “You can do it with air-cooled technologies, but the question is, what is your tolerance for added complexity and costs? We can put our technology virtually anywhere.”

Jack Kolar, VP of mission critical business at TAS Energy, which builds modular data center infrastructure, said his company’s liquid cooling technology is low-maintenance, which is another important factor for edge data centers, which in many cases will be deployed in hard-to-reach areas.

Two years ago, TAS partnered with Aquila, which sells IT infrastructure and security solutions, to build an eight-foot by eight-foot modular data center for edge computing, which uses direct-to-chip liquid cooling. More recently, TAS developed its own immersion cooling solutions.

“Our liquid cooling technology is minimalistic in terms of mechanical equipment,” Kolar said. “That keeps costs and maintenance down.”

It’s early-days for the edge data center market, he said. His company is still waiting for it to emerge.

“But once the trigger gets pulled, we expect that our people will supply the gear and won’t be able to keep up, once the floodgates open.”