The crowd has left the exhibit hall and returned to their homes and offices, nonetheless the excitement of Open Compute Summit V lingers. This year, the project gained tremendous momentum, with tech giants such as Microsoft joining the project, and with international growth, as region specific groups are established in Japan, New Zealand, Korea, Philippines and Europe. The OCP aims to open source hardware designs in servers, storage and networking, and drive efficiency in the process. All of the innovation is dependent upon community involvement and that seems to be growing and expanding rapidly. Here's a photo essay of event highlights from the speakers and the exhibit hall. 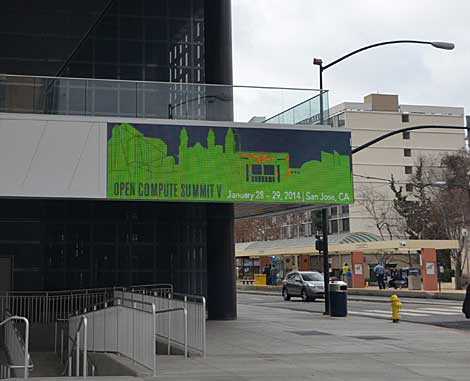 A shot of the signage on the San Jose Convention Center in downtown San Jose, CA. With the large number of attendees, the Open Compute Summit has far outgrown its original meeting place - Facebook's employee kitchen in Palo Alto. (Photo by Colleen Miller.) 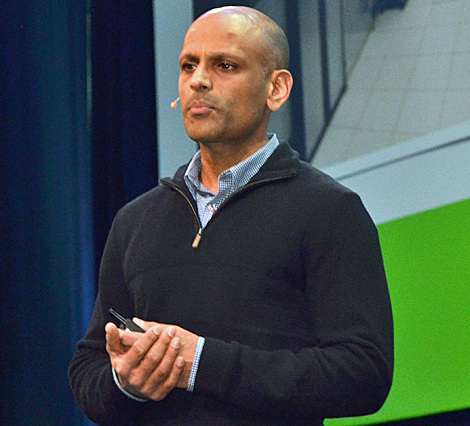 Jay Parikh, Vice President of Infrastructure Engineering at Facebook, spoke about how enormous growth at Facebook has stretched its infrastructure, and how, at large scale, all of one's problems are magnified. To optimize Facebook products, he said his team looks at "full stack optimization," including software, network and servers and storage. Efforts in optimizing servers and storage have resulted in 38 percent greater energy efficiency and 24 percent cost reduction. (Photo by Colleen Miller.) 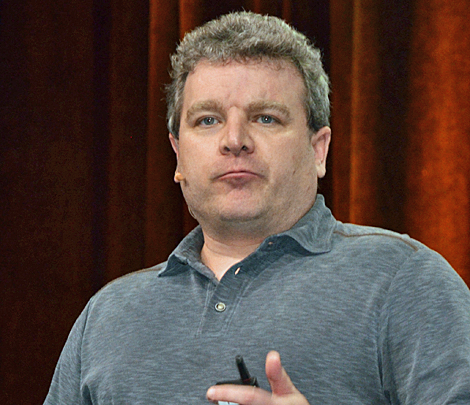 Greg Huff, Senior Vice President, Chief Technology Officer, LSI, which recently joined OCP, said his company is contributing two storage infrastructure reference designs. The first is a board design for a 12Gb/s SAS Open Vault storage enclosure. The Open Vault is a cost-effective storage solution with a modular I/O topology that’s built for the Open Rack. LSI is also contributing a design from its Nytro XP6200 series of PCIe flash accelerator cards, which are purpose-built to meet the requirements of Open Compute and other hyperscale servers. (Photo by Colleen Miller.) 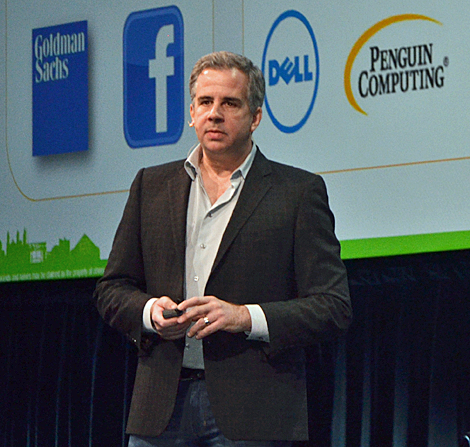 Intel, a founding member of Open Compute, continues to make Open Compute an imperative, said Jason Waxman, general manager, Cloud Infrastructure Group, Intel. He said Intel has made contributions to the development of the OCP ecosystem as well as emphasizing adoption, making sure that products are available for different users. Intel's multiple contributions include Panther Atom and Leopard Atom servers. (Photo by Colleen Miller.) 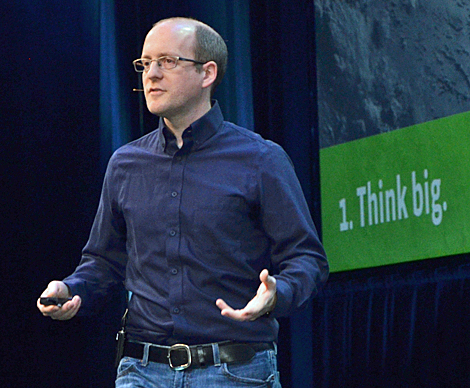 Storage and networking news was also released during the Open Compute event. Several storage companies - QLogic, LSI, Seagate - joined and contributed designs. Additionally, Dell joined with Cumulus Networks to disaggregate networking. The speakers and the conversations on the exhibit hall floor were buzzing with excitement over the pace of innovation in the OCP space. 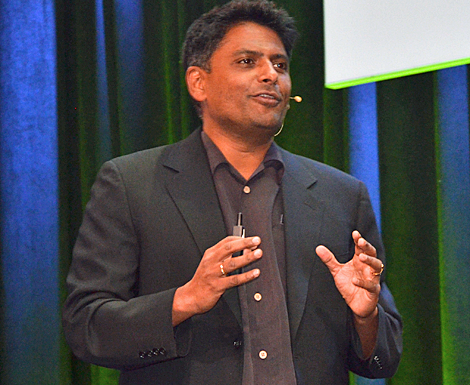 Paramesh Gopi,Chief Executive Officer and President at Applied Micro Circuits Corp., said his company brought out the X-Gene ARMv8 64-bit Server on a Chip Solution in 2013 and anticipated rolling out X-Gene2 this spring. The new version will be used for cloud deployments and hybrid data centers for the enterprise. (Photo by Colleen Miller.) 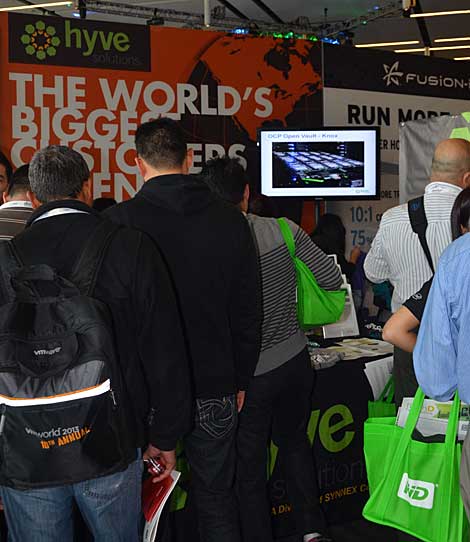 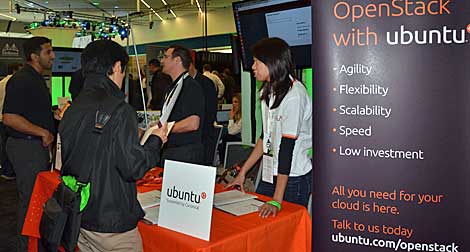 Not only were attendees talking about hardware innovation, but they were also discussing open source software products, such as OpenStack cloud OS and Ubuntu, a Linux distribution. There was one mention on the stage of OpenStack and Open Compute going together like "peanut butter and jelly." (Photo by Colleen Miller.) 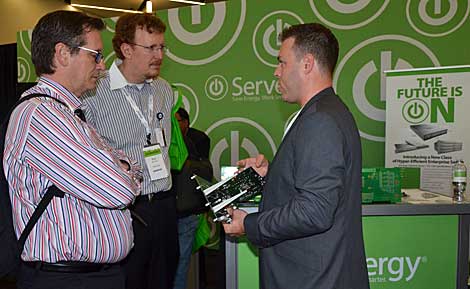 For more of the action, see our page Scenes from Open Compute Summit V.