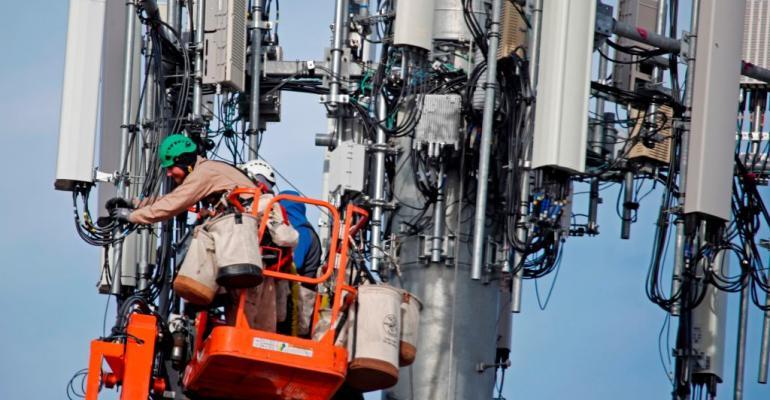 You can be your own phone company, for wireless data that spans the distance of your facilities. But thanks to the rise of unlicensed spectrum, you might not have to manage it yourself.

Businesses that maintain large office facilities, manufacturing spaces, and corporate campuses could soon become their own 5G service providers, if engineers in the network virtualization space have their way.  But who would manage the little telecommunications networks that pop up around the world, and how would such a management model ever become cost-effective?

In a press conference Wednesday, communications chipset provider Qualcomm offered the first reasonably convincing answers to those questions. Managed service providers, they said, could be among the first to build and operate wide-area wireless networks, on behalf of the businesses that will host them.

“Of course, you will need an integrator,” explained Patrik Lundqvist, Qualcomm’s senior director of product management, in response to a question from Data Center Knowledge.  “An organization, if you think of it as a campus, will have to look for somebody who can integrate, and who you would acquire these nodes from,” he continued, referring to 5G Wireless network components containing chipsets from Qualcomm and other producers.

All the major telco equipment providers — Ericsson, Nokia, Huawei, and to a lesser degree Samsung — are interested in participating in the ecosystem that emerges in this space, remarked Das.  Their principal customers are telecommunications companies and network operators, who are already the world experts at managing spectrum at all levels.  They may be among the first to offer what Lundqvist called “network-as-a-service” (perhaps abbreviated NaaS).

That may seem counter-intuitive at first:  Why would a business or enterprise spend good money to hire a telco like AT&T, Verizon, or T-Mobile to manage a wireless network on a small scale, when it’s already being served by one or more of these same institutions on a large scale?

The answer involves the use of unlicensed spectrum.  If you use Wi-Fi, you already know what it is: radio frequencies that are not owned by any one firm, and that are set aside for public use.  Most countries have their own public spectra, specifically to enable Wi-Fi.  And 4G already has options to utilize unlicensed frequency bands — for instance, to give first responders a kind of digital walkie-talkie.

5G New Radio expands this concept for what its engineers call NR-U.  It’s being finalized by the 3rd Generation Partnership Project, which develops standards for broadband mobile, for inclusion in 3GPP Release 16, which is due to be ratified next month.  (Formal ratification was originally planned for last December, but had to be delayed on account of the pandemic.) 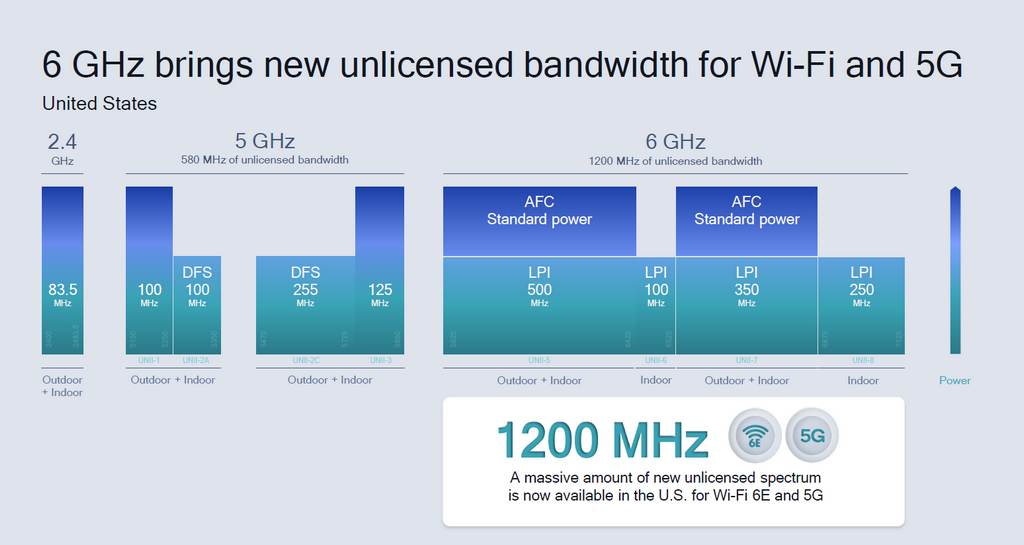 Chart of prospective unlicensed spectrum in the United States for 3GPP Release 16.

At first, NR-U was touted as a means to pair licensed spectrum with unlicensed, expanding the bandwidth of wireless connections.  Expand it just enough (for instance, by as much as 1200 MHz, which is what is being proposed for the US in the 6 GHz band) and suddenly you have the possibility for gigabit-speed wireless networking.  As Qualcomm staff manager for technical marketing Pratik Das noted, a gigabit-speed connection only needs 100 MHz of bandwidth.

“NR-U ... is the first global cellular standard that supports both license-assisted and standalone use of unlicensed spectrum,” said Das.

Both modes were created for 4G LTE.  It’s the license-assisted mode that brought about the bandwidth boost model.  But it’s the standalone mode that engineers hope will give rise to private wireless data networks, and wireless connectivity between “edge” data centers and all types of devices in their vicinity.

One use case Qualcomm suggested: underground mines.  They’re like factories, and they have all kinds of devices — some robotic — that require instantaneous connectivity.  Presently, the mining industry is being served by communications providers that customize Wi-Fi systems to overcome the crazy acoustics that a mine environment cannot help but impose.  A 5G private wireless network in such an environment would theoretically revolutionize the way work takes place there.

It’s the private aspect of this network, not just its locality, that would make such a service desirable to enterprises and industries.  It may be in telcos’ best interests to make 5G “NaaS” (as it may or may not end up being called) available as soon as possible, especially because an ecosystem of smaller wireless providers may emerge, without the mandate of purchasing spectrum licenses from the FCC.

“There is a fantastic development in virtualized core networks,” explained Qualcomm’s Lundqvist.  “You could, in principle, have a local RAN [radio access network], and have the core network virtualized with some of these service providers.  But if you really want to have everything in-house, you could also look at these self-contained core networks, and have a complete network managed remotely or locally.”

Lundqvist admitted Qualcomm doesn’t know yet how the business model may eventually pan out.  In a way, that’s the point, as the remote management option is what opens up the possibilities here.  Having the network operating center off-site, he reminded us, is an idea that originated with enterprise data centers anyway.

“It all depends on, how local do you want it?” said Lundqvist.  “You can have everything local, but of course, there is more operational cost associated with that.  Then you can start to use services that are provided from far away, starting with management, and then virtual core networks.  You can even split up the RAN… It sounds complex, but all of this is actually making it easier and quicker to deploy, when somebody already has all these other assets in play.”