Why 20-percent-renewable by 2025 is achievable, and how we can get there. 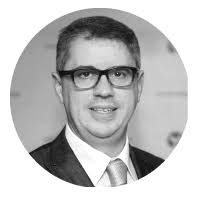 Earlier this year, a global survey was conducted on Vertiv’s behalf, asking data center professionals to predict the percent of data center power that would come from wind and solar in the year 2025 (among a host of other questions).

The more than 800 respondents predicted that by 2025, 13 percent of data center power would come from solar and eight percent from wind—amounting to about one in every five kilowatt-hours coming from the two renewable sources.

Is that a realistic target for the industry, or will we have to lower our expectations when we get closer to 2025?

Before we dive into that question, let’s explain who the respondents were. The survey provided a truly global perspective on the potential for renewables in powering data centers. At least 15 percent of the respondents represented all world regions, and more than half defined their role in the industry as executive management, design engineering, data center management, facilities management, IT infrastructure management, or consulting engineer.

It’s safe to assume these professionals understand the challenges of using renewables to power data centers. While wind and solar technologies have become more efficient and cost-competitive, their inherently intermittent nature doesn’t match well with the always-on, high power requirements of today’s data centers. Most in the industry still view renewables as risky.

Microgrids are one solution that addresses the risk. They are a viable strategy for directly integrating renewables with the data center and appear to be gaining traction. According to 2Q19 Navigant Microgrid Tracker, 575 new microgrids were planned or installed in the second quarter of 2019.

Uncertainty in government incentives further clouds the future of renewables in the data center. The EU, for example, through its recast Renewable Energy Directive, has committed to achieving 32 percent of renewable energy sources in gross energy consumption by 2030. On the other hand the US and China are ending subsidies for wind energy development, forcing the technology to prove it can be cost-competitive with traditional energy sources. Whether the growth in grid-scale battery storage will ultimately help level the cost of energy remains to be seen.

The solution to increasing the use of renewables to power data centers lies in increasing the percentage of grid-connected renewable energy sources. In 2018, about three percent of the power generated globally came from solar, but only about 60 percent of that is utility-scale.

This would seem to put the issue outside the data center industry’s countrol—and put the projection of one in five kW/hours by 2025 out of reach. However, that’s not necessarily the case. Leading data center developers have made strong commitments to powering their data centers with renewable energy and are pioneering approaches and leveraging their scale to forge a path that has the potential to raise overall use of renewable energy by data centers globally.

Power Purchase Agreements are being used today by a number of major developers, including  Google, Equinix, and Digital Realty, to accelerate the timeline for achieving ambitious clean energy goals. These initiatives are in many cases a response to market demand for clean energy data center services. Colocation and cloud providers in particular are responding to demand from their customers for space and services powered by renewable sources.

Unlike stand-alone Renewable Energy Credits, which represent the clean energy attributes of renewables but not direct energy purchases, PPAs allow operators where possible to purchase the dispatched clean electricity along with the bundled RECs.

PPAs are simplest to execute in competitive retail energy markets like Europe, where there is also a high percent of available renewable energy resources. They are more complex in areas where the retail market is regulated but possible, through fixed-floating swap agreements.

PPAs will become less necessary as the percent of renewables on the grid increases, but organizations or individual facilities that make the commitment to 100 percent renewable power will continue to use them in the long term to compensate for the inevitable gaps in availability of sufficient grid-connected renewable resources.

By both leading the industry in committing to clean energy and accounting for an increasing percentage of total data center capacity the largest data center operators have the potential to drive up the overall portion of data center power coming from renewable sources while also incentivizing utilities to add more renewable generation to the grid.

If the data center industry—both large developers and their customers—remain committed to maximizing their use of renewables, the projection of generating one in five kilowatt-hours powering data centerts in 2025 by wind and solar seems plausible. It can be a realistic target for the industry.