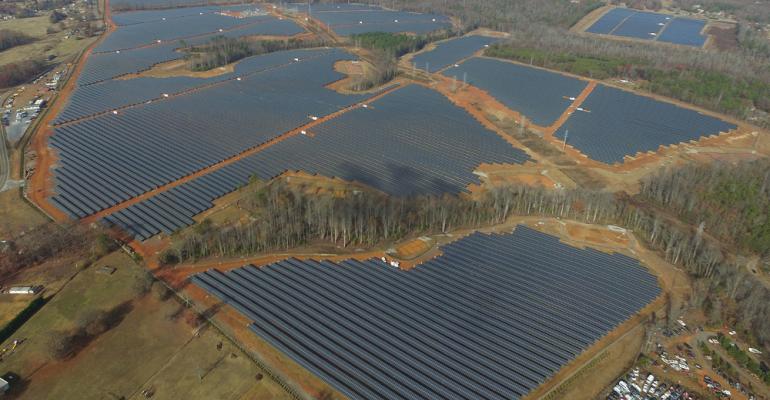 A series of 18 wind and solar deals to bring 1,600MW of generation capacity total to grids local to its data centers and offices.

Google, which competes only with Facebook for the title of the world's largest corporate buyer of renewable energy, today announced another big round of investments in renewables, claiming it's "the biggest corporate purchase of renewable energy in history." The company said it's made 18 new energy deals that will together result in 1,600MW of power generated from renewable sources.

For the past two years the company has been purchasing more electricity from renewable resources than it uses worldwide, both in its data centers and offices. Due to the complicated logistics of energy procurement, however, much of the energy that actually powers Google and its parent Alphabet is not renewable. Changing that is an extremely heavy lift the company has been working on for at least three years.

In 2016 Google pledged to go beyond merely purchasing more clean energy than it uses, but to find its way around the regulatory and supply problems that cause its facilities to continue using energy generated by gas, coal, and other polluting sources. Today's announcement appears to be a step in that direction.

"To ensure maximum impact, all of our latest deals meet the rigorous 'additionality' criteria we set out long ago for our energy purchases," Google CEO Sundar Pichai said in a blog published today. "This means we’re not buying power from existing wind and solar farms but instead are making long-term purchase commitments that result in the development of new projects. Bringing incremental renewable energy to the grids where we consume energy is a critical component of pursuing 24x7 carbon-free energy for all of our operations."

Related: Another Thing You Lose When You Move to the Cloud

The new deals span the globe and include facilities in the US, Chile, and Europe. According to Pichai, the added capacity will increase Google's worldwide portfolio of wind and solar agreements by more than 40 percent, to 5,500MW, which is the equivalent of a million solar rooftops and enough energy to power Washington, DC, or the countries of Lithuania or Uruguay. 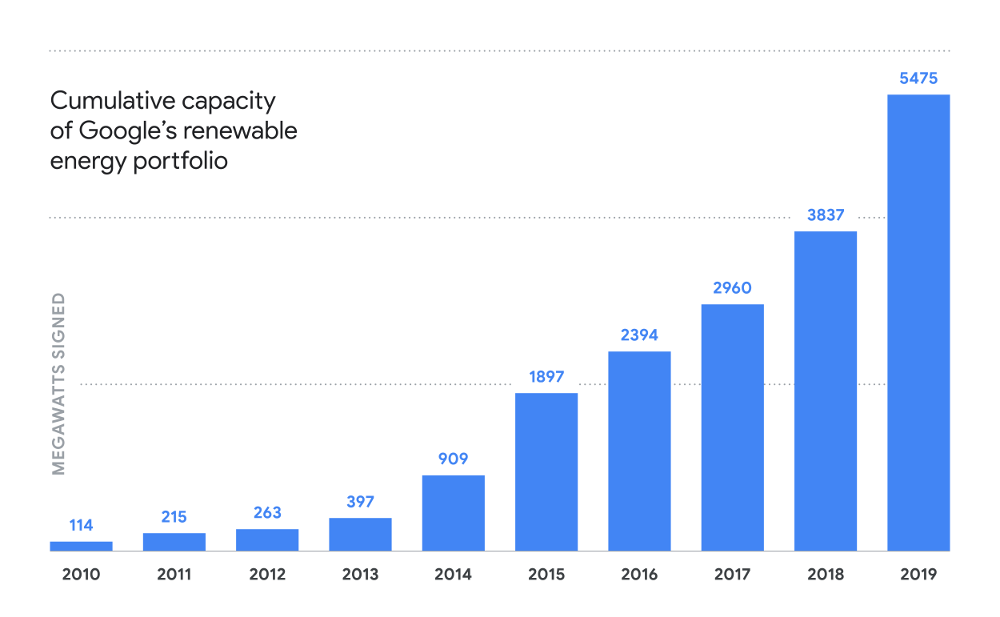 In the US, the deals will add 720MW from solar facilities in Texas and both of the Carolinas, which will double the capacity of Google's current global solar portfolio. In South America, 125MW of renewable energy will feed into the grid that supplies its data center in Chile. Details of new facilities in Europe will be made available on Friday.

"These renewable energy purchases aren't only notable for their size," Pichai said. "Up to now, most of our renewable energy purchases in the US have been wind-driven, but the declining cost of solar (down more than 80 percent in the past decade) has made harnessing the sun increasingly cost-effective. Meanwhile, our Chile deal marks the first time we’ll buy power in a hybrid technology deal that combines solar and wind. Because the wind often blows at different times than the sun shines, pairing them will allow us to match our Chilean data center with carbon-free electricity for a larger portion of each day."

"We’ll provide a $500,000 grant to Renewable Energy Buyers Alliance in the US and a $200,000 grant to RE-Source in Europe," Pichai said. "These grants will help fund the development of new purchasing models, provide training and resources for consumers, and enable more widespread access to clean power."