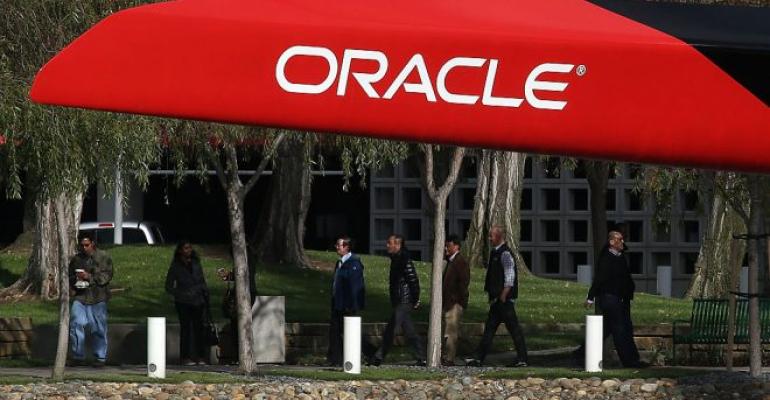 There are probably a lot of smiles in Raleigh and Redwood Shores this week. Both Red Hat and Oracle turned in quarterly earnings reports that greatly beat expectations. Wall Street blessed both companies for the news, as the value of Red Hat’s stock rose by 10.6 percent in early trading after the announcement and Oracle saw a 9 percent spike.

Although Red Hat’s gains were unexpected insofar as they beat both the company’s and Wall Street’s estimates by a long shot — they weren’t that much of a surprise. The open source company has been on a roll for a long while now.

Red Hat reported sales of $677 million for a year-over-year increase of 19 percent, the company’s highest revenue growth rate in four years. Net income came in at $102 million, or 56 cents a share, an increase of 11 percent over the same quarter last year. According to the Motley Fool, Wall Street “would have settled for 6 percent earnings growth on 14 percent revenue gains.”

A look at what Red Hat is selling to raise its bottom line offers some insight into what’s going on in IT these days. Most of the company’s income, 88 percent of the total, came from subscriptions revolving around RHEL and its related technologies. Ansible, a DevOps automation engine that’s often used with Kubernetes deployments, was big, responsible for six of the quarter’s transactions of over $1 million. This included one deal valued at over $5 million — “our largest deal ever for Ansible,” according to Shander.

Responsible for six of the million dollar plus deals was OpenStack, the cloud computing platform often deployed as infrastructure-as-a-service and used in hybrid cloud deployments. OpenShift, which is basically Red Hat’s supported distribution of Kubernetes using Docker containers and DevOps tools, was also a million dollar baby and responsible for five of the big deals.

“The company also performed well in the public cloud,” Whitehurst told investors. “We’re seeing a continued movement to cloud, including more production workloads. I think that’s overall one of the reasons that you see growth in the RHEL numbers.”

According to Whitehurst, a large portion of the company’s cloud income — customers taking existing subscriptions and moving them to the cloud — isn’t counted as such. “We don’t track where the subscriptions are run,” he said. “We don’t have good data there.” However, the “on demand” revenue from from cloud deployments was considerable and growing. “[W]e expect to see a $200 million run rate in that business in the second quarter.”

The cloud wasn’t so profitable for much larger Oracle, even though the company’s overall performance was stellar. This isn’t surprising since everyone but Oracle seems to have given up on it’s cloud efforts long ago.

On Wednesday, the company reported fiscal fourth quarter revenue of $10.94 billion, well above the $10.46 billion that Wall Street had been expecting. It’s cloud and on-premise software revenue rose 6 percent to $8.9 billion. However the company’s cloud-based infrastructure as a service performance remained lackluster, with revenue of only $208 million. For perspective, consider that AWS earned $3.7 billion in the same period and that Red Hat earned $200 million merely on public cloud spin-ups of its software.

When it came to the cloud, Oracle preferred to accent the positive, pointing out that in May, telecom AT&T moved its on prem databases to Oracle Cloud, its public cloud offering. The company indicated that it expects more “big customers” to make similar moves in the near future. The company’s overall cloud related earnings were buoyed somewhat by its acquisition in November of NetSuite, which markets web-based business related software services.