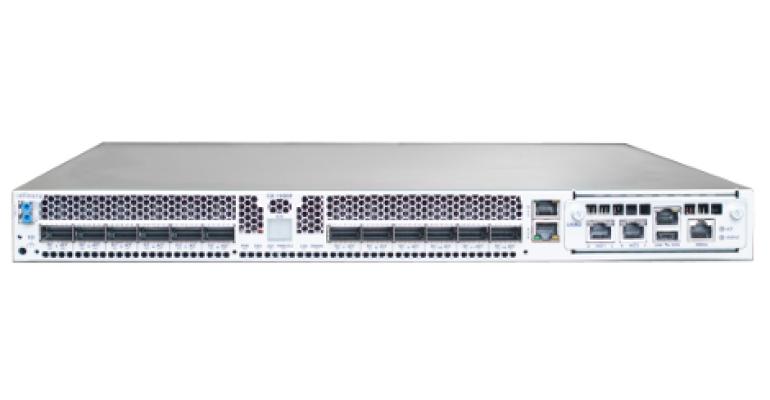 The new version of Cloud Xpress – which became generally available this month – delivers 1.2 terabits per second (Tb/s) of throughput in a single rack, more than twice bandwidth of the original product, which reached 500 gigabits per second (Gb/s) speeds.

Analysts say Cloud Xpress 2 will enable data center operators to keep up with their ever-increasing bandwidth demands, while giving Infinera an opportunity to stay competitive as a growing number of networking companies try to grab a piece of the emerging, but fast-growing market.

“Since the release of the original Cloud Xpress, there have been a number of new entrants in the market and announcements of competitive products expected to be available in 2017, so there is a window for Infinera to get this new product in the hands of customers – both to secure its existing market leading position and potentially to expand it,” said Tim Doiron, principal analyst of intelligent networking at ACG Research.

The market for small-form-factor optical data center interconnect appliances is one of the fastest growing segments in optical networking, with sales expected to grow from $281 million in 2016 to $1.6 billion in 2021, Doiron said. Thanks to its first-mover advantage, Infinera is the market share leader, but competitors such as Cisco and Ciena have produced their own products in the space and now rank second and third in market share, he said.

For example, Cisco sells the NCS 1002 product, which provides 2 Tb/s speeds in a 2RU rack, while Ciena has announced plans to ship Waveserver Ai, which will provide 2.4 Tb/s throughput in a single rack.

Andrew Schmitt, founder of market research firm Cignal AI in Boston, agrees that it was critical for Infinera to update Cloud Xpress. That’s because customers that purchase data center interconnect products in this category have zero vendor loyalty and are willing to switch suppliers every 12 to 18 months for the latest state-of-the-art equipment, he explained.

The companies that use this equipment, such as cloud and colocation providers, can easily swap out components and pursue what’s called a “disaggregated optical network,” where they buy products from multiple vendors and have them co-exist on the same network, he said.

“It’s a big announcement,” Schmitt said in reference to Infinera’s release of Cloud Xpress 2. “They invented this category. They are the big gorilla and have come under attack, and this is their response.”

Infinera executives say Cloud Xpress 2 allows its customers to tackle the massive scaling challenges they have and that large internet content provider networks have already deployed the technology.

Cloud Xpress 2, built using Infinera’s Infinite Capacity Engine, not only features increased throughput, it increases density by 4.8 times and uses half the power than its predecessor.

One of the product’s biggest advantages is that it’s easy to install and configures automatically, Gill says. In fact, one Cloud Xpress appliance can connect to another data center 130 kilometers away and deliver 1.2 Tb/s of capacity on a single fiber pair without having to add an external multiplexer or external amplifier, he says.