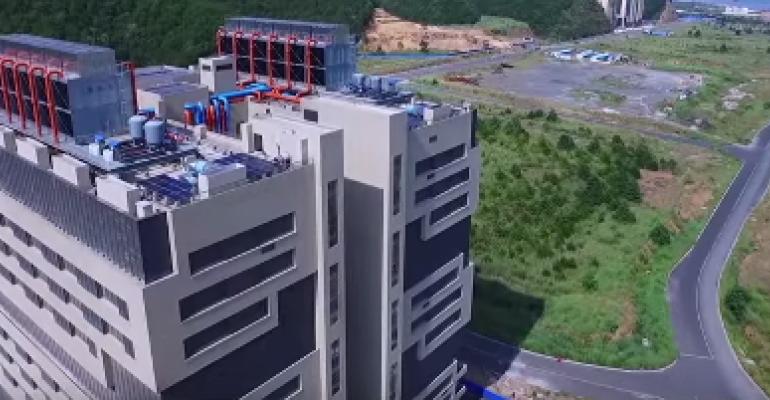 CEO targets one-quarter of server market by 2020, despite having 1 percent today

(Bloomberg) -- ARM Holdings, the British chip designer whose technology is found in most smartphones, says it can become a genuine challenger to Intel Corp. for server customers from next year even though it has less than 1 percent of that market.

While the challenge to Intel’s dominance in servers is “in its infancy,” ARM-based systems are being trialed by global cloud operators, CEO Simon Segars said at the Computex trade show in Taipei. The company is targeting a quarter of the market by 2020.

“We’re expecting that to turn into real production deployments,” Segars said in an interview. “Over the next couple of years, 2017 to 2018, we’ll start to see some of those deployments.”

ARM has been transformed by the mobile boom, evolving from a small lab in a converted barn to a company whose designs are found in 95 percent of smartphones. With the mobile phone market slowing, ARM is adding new customers in the automotive industry and targeting growth in processors for network equipment makers and servers.

Segars said public cloud providers, such as those run by Amazon Web Services, were a key target. Alibaba Group Holding is working with ARM customer Nvidia Corp. as part of a $1 billion bet on cloud computing that could make it one of Asia’s biggest providers of hosted storage and web services.

ARM sees the global smartphone market growing 6 percent annually until 2020 thanks to demand for mid-range devices. That compares with International Data Corp., which this week cut its forecast for 2016 shipment growth to 3.1 percent, in what it calls a “substantial slowdown.” The market grew by 10.5 percent growth in 2015 and about 8 percent the year before.

Segars said seasonal changes were expected but that his company remained convinced the market would continue to expand. He predicted that 100 million more smartphones will be shipped this year compared with 2015.

“At various points in our history we’ve thought, OK, give it a couple of years and the ratio will be 20 percent mobile and 80 percent non-mobile, but mobile has just kept growing,” Segars said in an interview. “Based on that history, I don’t write off smartphones at all.”

ARM focuses on chip design and generates royalties when companies adopt its architecture. That can include parts of the chip that perform specific functions, such as communications, or the whole semiconductor itself.

As smartphones took off, so did ARM’s share price. The stock has surged almost 700 percent since the start of 2007, the year Apple introduced the iPhone.

Segars said he hasn’t heard of any proposal for Apple to move to a longer release cycle for the iPhone.

Apple may move release a full-model change every three years, instead of the current two, Nikkei reported last month without saying where it got the information.