Stone will lead facilities engineering, design, construction, and data center operations at RagingWire, which recently pivoted from a mixed retail and wholesale data center services model to one focused on wholesale, seeking to take advantage of the current hunger for data center capacity by big cloud providers, such as Amazon, Google, and Microsoft.

Reno, Nevada-based RagingWire was attractive to him because he buys into the company’s new business strategy, Stone said in an interview. “They’re making their mark in the wholesale industry,” he said. “I have a great opportunity to come in and help them with their strategy to grow the business.” 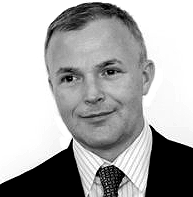 He left CenturyLink at a time of uncertainty for the Monroe, Louisiana-based telco’s data center business. Since last year, the company has been exploring alternatives to owning its extensive data center portfolio, which it increased substantially in 2011 when it acquired data center provider Savvis for $2.5 billion.

The company’s execs said that while they have no plans to get out of the colocation business, they are weighing a potential sale of some or all of its data center assets.

There isn’t a single particular type of data center design that works for all cloud providers, Stone said. “Some cloud providers require very strict architecture, and they really don’t want to deviate from a true 2N-type of style. Others have more of a single-cord [approach] and they have geographic redundancy.”

For RagingWire, the key differentiation will be scale, since that’s what all the major cloud providers are after today. They’re racing to expand data center capacity, and they expand in multi-megawatt chunks, so scale is important to them.

“From our perspective, it’s all about scale,” Stone said.