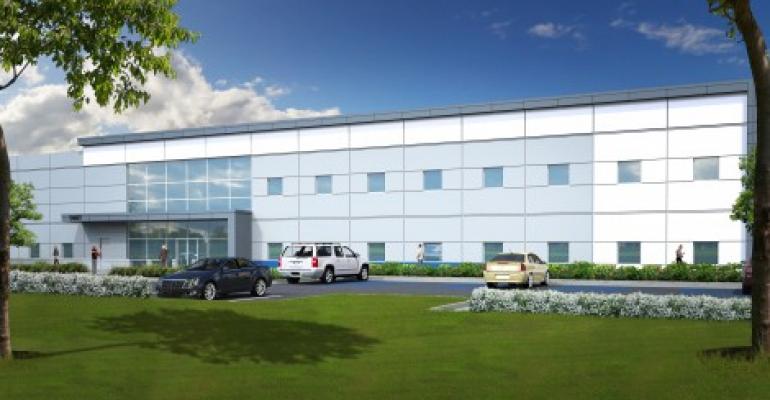 Located in Elk Grove, Illinois, the facility is a massive 221,000 square feet with 30 MW of critical IT load. In addition to data center space, the new facility is home to Forsythe’s Technology Evaluation Center and the Forsythe Integration and Configuration Center, both differentiators according to the company. Forsythe helps clients to plan, test, procure, build, migrate, house, manage—and even finance—the infrastructure to go inside their data center suite.

This is the first time the company will be hosting clients in its own facility, though it has built over 20 client data centers over the last decade. Given this is the company’s first foray into the data center colocation facility development business, achievement of Tier III Constructed Facility is all the more impressive. It is notably harder and more time consuming to obtain Constructed Facility than Design Certification. The new facility one of only two in the state to achieve the certification and one of fewer than 50 in the country.

“Any design can be defeated during construction and testing,” said said Julian Kudritzki, COO of Uptime Institute. “Forsythe has achieved Tier III Certifications of Design Documents and Constructed Facility, demonstrating ‘truth in certification’ through rigorous planning, execution, and system testing,”.

The Tier Certification of Constructed Facility process includes load-bank demonstrations under real-world conditions, according to Kudritzki.

Founded in 1971, Forsythe is one of the largest independent IT integrators in North America, serving approximately 1,000 U.S. and Canada-based companies. It has a mature data center practice, specializing in data center migration assessments and optimization. That expertise reveals itself in what the company dubs Retail+.

The company offers private data center suites and several hands-on services. The suites range in size from 300 to 4,000 square feet, with 200 to 300 Watts per square foot of power density. Each suite has dedicated power infrastructure with 2N UPS and dedicated cooling infrastructure with N+1 precision air conditioning. Generator backup is building-based and shared across suites until a client reaches 4,000 square feet and then generator support is private.

The suites place them somewhere in between wholesale offerings and retail colocation. Forsythe also offers the shorter contract lengths often seen in retail, along with several additional services above and beyond.

In addition to providing colocation space, Forsythe said it is a “one-stop shop” for IT infrastructure and data center needs, with both remote hands and on-site support for strategy and migration. The company also offers managed hosting and security services, private cloud, business continuity and disaster recovery services.

This year is viewed by many in the industry as a tipping point year for metro networks, driven by massive growth of data center and cloud that are overtaxing today’s network infrastructures and exposing their inflexibility. It's the reason why the company has also made a big investment in owning its own fiber into the city. The data center has a dedicated connection to 350 Cermak, the major carrier hotel in downtown Chicago.

A partnership with Ciena networks was announced earlier this year. “Ciena provided us a little more flexibility and redundancy,” said Scott Bunnell, senior manager, Network Services Forsythe. “The encryption model drove us towards Ciena. As much as security is important in the data center, connectivity out of the data center is just as important. Ciena’s secure modules give customers a little more security than somewhere else.”

Ciena’s Duncan Puller, vice president of Data Center and Cloud, also noted growing importance of secure connectivity as the general move to As-a-Service increases. “What I found that’s really interesting, is more and more of the content and applications are proliferating and the data center is the point of confluence where everything comes together,” said Puller.

Ciena’s core business is in packet optical infrastructure, but Puller said the data center interconnect business is something that Ciena’s invested in more heavily in recent times.

Forsythe is also pursuing US Green Building Council LEED certification, SSAE-16 on the data center’s controls and ISO-9001-2008 on its quality management system. The company’s headquarters is in nearby Skokie, Illinois, where it also has a data center.