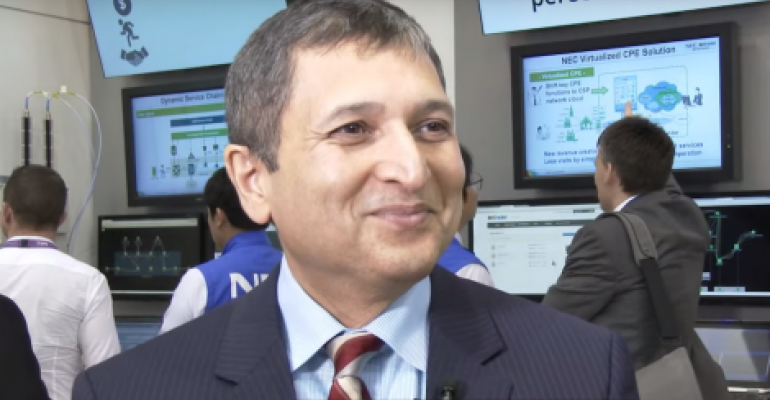 NetCracker 10 Drives Convergence of IT and OSS

Looking to accelerate the convergence of traditional IT and operational support systems (OSS), NetCracker Technology, a unit of NEC, today unveiled an upgrade to its namesake management platform that includes analytics services designed to optimize the deployment of virtual server and network functions.

Sanjay Mewada, vice president of strategy at NetCracker, says that by including an orchestration layer in NetCracker 10 that is tied back to a Big Data analytics service in the cloud, the company is fundamentally changing how IT and OSS are managed.

“We’re standing at the threshold of a generational shift,” says Mewada. “We’re integrating as many as seven management domains in a single platform."

Specifically, NetCracker contends that by making use of a Big Data analytics service integrated within NetCracker 10, organizations will reduce unnecessary traffic hops and re-routing. They can also more accurately model projected services demand while simultaneously optimizing capacity and improving application performance. To achieve that goal, NetCracker is not only analyzing machine data, but also external data sources such as social networks as well as biometric data, when relevant.

NetCracker customers are not obligated to deploy every module with the NetCracker 10 suite, but as OSS and IT continues to converge, the company is betting that organizations will want to embrace a more holistic approach to OSS and IT. An approach that, by definition, is more agile than existing systems that are managed manually.

A big driver of much of that change has been the emergence of network function virtualization (NFV) software. NFV enables the replacement of many of the physical appliances that today clutter networking environments with standard hardware based on x86 processors or commodity silicon running NFV software. As that evolution occurs it theoretically becomes more feasible to apply the same framework for managing for IT and OSS environment.

Much of that convergence is also expected to be driven by the rise of the Internet of Things (IoT), which means thousands of endpoints connected to hundreds of gateways that in turn are connected to any number of distributed data centers. NetCracker is making the case for a new era of IT management that makes heavy use of analytics to automate the management of those highly distributed IoT deployments.

Of course, the rate and degree to which any of this convergence actually occurs is unknown. OSS and traditional IT departments are generally entrenched inside their organizations, with neither one enthusiastically looking to give up control over their respective domains. At the same time, the economics of converging OSS and traditional IT may prove too compelling for any organization to ignore.