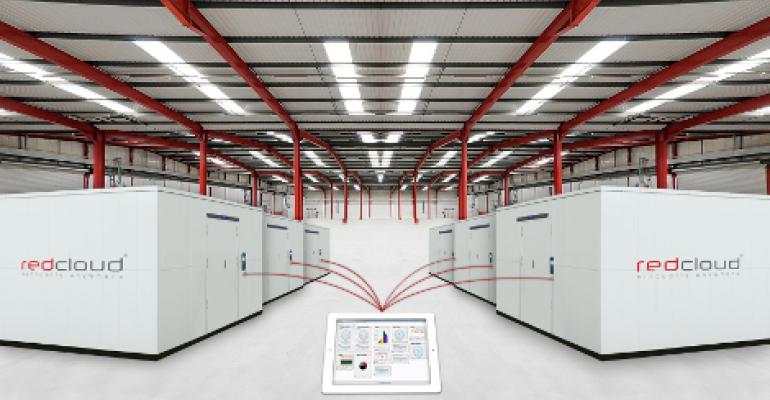 Red Cloud announced it was going to add 11 facilities to its portfolio, using Cannon’s modules exclusively. The plan is to eventually add a total of 1 million square feet of data center space.

Together, Red Cloud and Cannon are using a model similar to the one by U.S. data center provider IO, which also sells colocation space within its modular data centers installed in massive warehouses. While there are no IO locations in Australia, there is one in Singapore, which may compete with Red Cloud on a regional level.

Red Cloud has in fact bought IO modules for an expansion in Australia three years ago. The companies said then that Red Cloud would deploy 4.5 megawatts of capacity using IO.Anywhere modular data centers in Melbourne, Sydney and Perth.

The company expects to bring the first facility, called The Garry Henley Data Center Park, online in the first quarter of 2015. The location is at the Phoenix Business Park in the Perth suburbs.

Red Cloud is planning to open two more sites by the third quarter of next year. The provider is targeting wholesale data center customers.

Carl Woodbridge, Red Cloud CEO, said the company chose Cannon’s modules because of comparatively low total cost of operation and flexibility the solution offered. “The customization aspect is proving to be very popular,” he said.

Red Cloud specifically went for the T4 Granular Modular Data Center, which Cannon introduced in July. These modules can be assembled onsite using conventional hand tools, according to the vendor, which is valuable because it doesn’t require brining heavy machinery into an operating environment.

Cannon used to be a data center rack and enclosure vendor but expanded its business model by adding the modules around 2010.