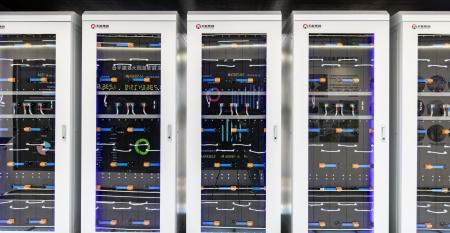 Samsung to Spend $360 Billion on Chips, Biotech Over 5 Years
May 24, 2022
The company's semiconductor division is expanding rapidly in an effort to compete with the likes of Intel and...

Fujitsu Offers Cloud Access to Tech Powering World’s Fastest Supercomputer
Apr 06, 2022
You can have your own A64FX CPUs, in the cloud.

Singapore to Build Cyber Military Force as Ukraine War Rages On
Mar 03, 2022
The unfolding events in Ukraine have resonated with Singapore, which has said in the past that it is vulnerable to cyberattacks.

Toyota to Resume Japan Production After Supplier Cyberattack
Mar 01, 2022
The company had halted production at the plants due to impacts from a cyberattack against a parts supplier.

Mubadala Leads $500 Million Funding for Asia Data-Center Company
Feb 22, 2022
The fresh capital will help it expand into new markets and deepen its presence in the countries it operates in.

India Gets $20 Billion in Investment Proposals for Chip Production
Feb 21, 2022
The incentives were announced amid a prediction that a global chip shortage is likely to extend until early 2023.

Ex-Consultant Gets Temasek to Help It Build the TSMC of Chip Design
Feb 11, 2022
SemiFive offers system-on-a-chip design solutions that can help companies cut development costs and time in half.
Load More