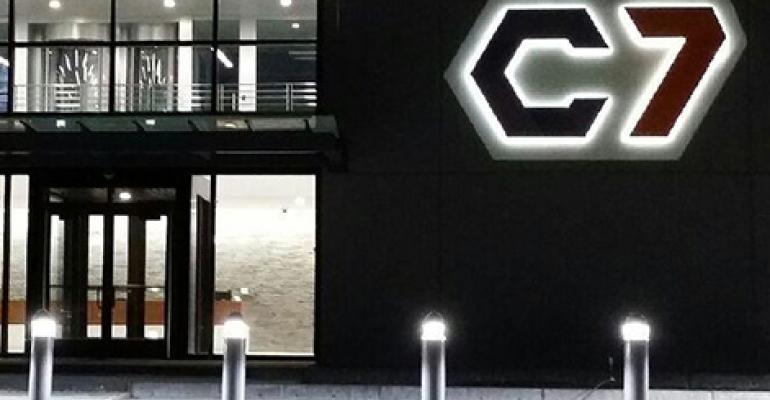 One of four C7 facilities connected to the Comcast network in Utah, the 95,000-square-foot data center is located just outside of Salt Lake City and considered the company’s flagship facility. The provider positions it as a lower-cost alternative to data centers in Las Vegas, Phoenix or Denver.

C7 describes Utah as the “crossroads of the West for Internet connectivity.” In 1969, one computer in the state was connected to three in California, which made up ARPANET, the precursor to the modern Internet.

Today, numerous carriers offer connectivity services at C7 facilities, all four of which are interconnected by the operator’s own private backbone. Its City Creek data center is Salt Lake City’s primary carrier hotel.

Paul Merritt, director of Comcast Business, said extending the company’s fiber network to the Bluffdale facility, called Granite Point II, gives C7 customers more options and gives Comcast customers elsewhere access to another data center location. “By adding another data center to our network, it also gives our Ethernet customers in Utah and around the U.S. another option for cloud and hosting services and remote back-up,” he said.

C7 launched Granite Point II in 2013, supplying 10 megawatts to its 70,000-square-foot raised floor. Its strategy of marketing its Utah facilities to out-of-state customers seems to have worked.

C7 has been recently pursuing a new category of data center customers and has done so successfully. In going after companies that use data centers to house Bitcoin mining equipment, the provider has set some space aside in one of its Utah facilities especially for them, since they require extremely high densities and nowhere near the level of reliability traditional data center users need.

In addition to the C7 facility, Bluffdale is home to the infamous data center of the U.S. National Security Agency.