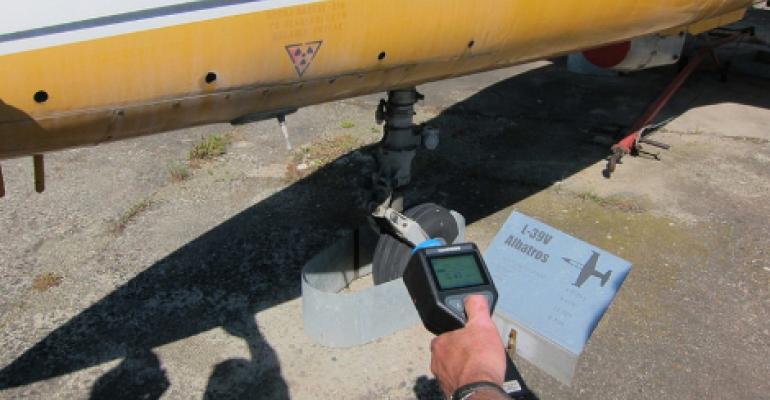 Cray's $174M Supercomputer on Order by Agency Overseeing US Nukes

XC supercomputer and Sonexion storage system for NNSA constitute one of the largest sales Cray has ever made.

Supercomputer maker Cray has been awarded one of its largest contracts ever, to provide a $174 million XC supercomputer and Sonexion storage system to the U.S. National Nuclear Security Administration (NNSA), an agency within the Department of Energy that oversees management of the country's nuclear stockpile.

Dubbed "Trinity" by the NNSA, the new system will be a joint effort between the New Mexico Alliance for Computing at Extreme Scale (ACES) at the Los Alamos National Laboratory and Sandia National Laboratories as part of the NNSA Advanced Simulation and Computing Program (ASC). The agency's fastest computer system to date will be used to ensure the safety, security and effectiveness of the nuclear stockpile.

The NNSA says that Trinity is the first Advanced Technology (AT) system for the ASC program and will kick off a new computing strategy, which requires all systems to service NNSA mission workload while preparing the ASC applications for transition onto future advanced architectures. The XC will be the first to use the “Burst Buffer” concept and “Advanced Power Management” as part of the platform. These technologies will be provided as part of a fully integrated system consisting of compute nodes, memory, high-speed interconnect and parallel file system.

"Both Los Alamos and Sandia have a long history with Cray, going back to the beginning of the supercomputing era and most recently with the Cielo platform," said Gary Grider, High Performance Computing Division leader at Los Alamos. "That history continues with the Trinity platform that will provide next-generation supercomputing in support of the U. S. nuclear security enterprise."

The new Trinity system is expected to deliver more than eight times greater applications performance than the current Cray XE6 system named Cielo. Cray says that it will deliver the new XC supercomputer in a phased deployment, that will include a multi-petaflop supercomputing system and a multi-petabyte Sonexion storage system. The system is set to be located at Los Alamos National Laboratory. It will use the next generation of Intel Xeon Haswell and 'Knights Landing' Xeon Phi processors.

Cray says that the new supercomputer will have 82 petabytes of capacity and 1.7 terabytes per-second of sustained performance. Leveraging the Lustre file system, it will feature a unique design that allows scalability from five gigabytes per second to more than a terabyte per second in a single file system.

"NNSA's selection of the Cray XC supercomputer, powered by future Intel Xeon and Intel Xeon Phi processors, will deliver great application performance for a wide set of codes while the binary compatibility between the processors will allow the NNSA to reuse existing codes," said Charles Wuischpard, vice president and general manager of workstations and HPC at Intel. "Intel is excited to build upon our longstanding and successful collaboration with Cray to deliver this vanguard HPC system to the NNSA."