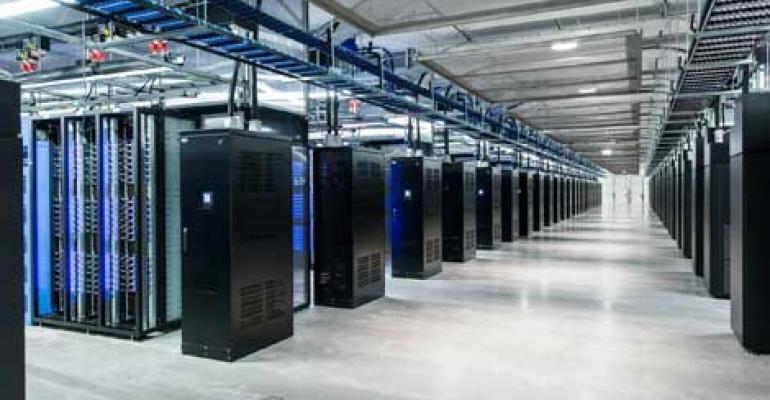 Facebook’s decision to build a data center in Luleå, Sweden, has directly created nearly 1,000 new jobs and generated local economic impact that amounts to hundreds of millions of dollars, according to a recently completed study by the Boston Consulting Group, which the social network company hired to assess its impact on the local economy.

Big data center builds, such as Facebook’s 290,000 square foot Luleå facility, are considered to be very good for local economies, especially in rural underdeveloped areas. Nordic countries have been competing among each other for data center projects and economic development they bring, and so have various U.S. states.

“Continued digitization must be a key priority for Sweden if the country is going to enhance productivity and economic development,” the report’s authors wrote. “Investments in digital infrastructure, such as large-scale data centers, are an important contribution to this agenda.”

Since Facebook broke ground in Luleå in 2011, it has created 900 direct jobs in Sweden and generated SEK 1.5 billion (about $225 million) in domestic spending. The project’s overall economic impact in the country so far has been about SEK 3.5 billion (about $524 million).

A second Facebook data center in Luleå is currently under construction, and the BCG report includes a forecast of economic impact both buildings will have by 2020: 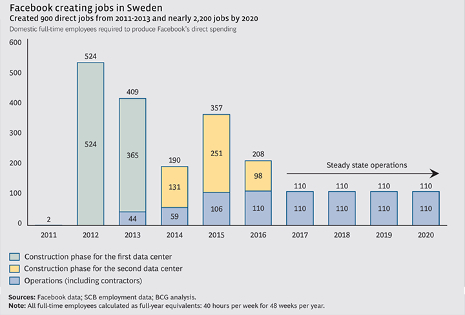 The company said it chose the site in Sweden to build a data center (at the time its third around the world) because it offered access to low-cost renewable energy, a cool climate and a strong pool of skilled workforce.

The construction projects led to $573 million in capital spending statewide, the report said.