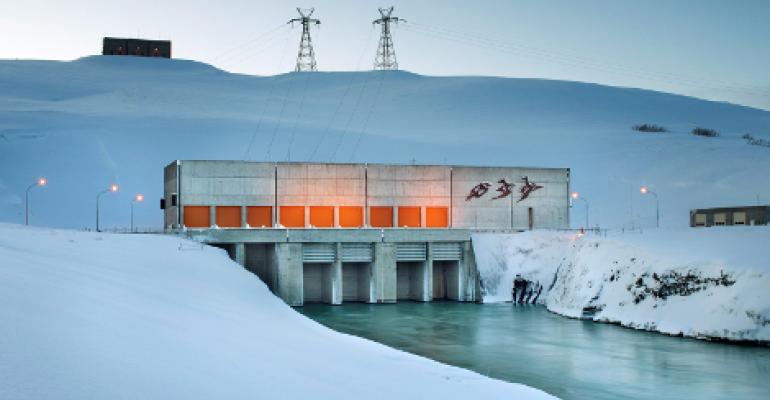 Landsvirkjun sales exec says as long as you don't build on top of a volcano, Iceland is a great as a data center location

There’s a lot to like about Iceland as a data center location. For one, it offers an immense amount of renewable energy and lets a provider lock down a rate for several years. With tech giants building in other Nordic countries, such as Facebook in Sweden and Google in Finland, Iceland might finally be primed to attract data center business on a big scale.

Iceland has long been discussed as a potential emerging data center market, and a number of groups in the country have been recently stepping up its promotion as such. Icelandic companies, such as Iceland Air and Bank of Iceland, the city of Reykjavík and the foreign ministry cooperate to build the Iceland brand.

Rikki Rikardsson, director of sales at for the country's national power company Landsvirkjun, is a member of this group. The utility is targeting the data center industry and has a compelling power proposition.

“We offer contracts for 12 years, which is unusual for greenfield investments," Rikardsson says." It gives visibility for 12 years into your power rates, providing a fixed price." Paying 4 cents a kilowatt for 12 years is a compelling proposition. Verne Global is one example of a data center company that has taken advantage of fixed-cost power.

Many companies looking to build data center space in Europe already have Iceland on their short lists, Rikardsson says. “I can confirm that we have several companies looking at building data centers in the several tens of megawatts today in Iceland. Whether they build or not, time will tell. The data centers that we have are growing. Verne Global is growing, doubling their business every few months. Data centers are an emerging industry in Iceland. Time will tell if we can build a big cluster out of it.”

There have been some worries regarding distance and latency when it comes to housing infrastructure in Iceland, but Rikardsson says these concerns are going away.

“The vast majority of those we talk to are not too concerned about latency. The number of routers and switches you go through, you can have a situation where even if you’re in New York, you’ll get similar or the same response time from Iceland than something in Virginia. A bigger effect is the router and switches between, rather than distance.”

There are also many applications that aren’t as latency-sensitive as others. “We realize we won’t be the ultimate solution for everyone,” he says.  “But companies like Google say that distance is manageable. It's less manageable to build  if you don’t have power security."

Hundreds of megawatts? No problem

It’s hard to miss the amount of tech giants building massive data centers in the Nordics. “They are basically looking at Iceland and include it as an option as they look at Europe. We’re happy about that. We’re also happy that Google and Facebook is moving to the Nordics because it proves the concept. There’s renewable power, suitable climate, generally stable political environment.”

Just don't build on top of a volcano

Iceland is relatively safe from natural disasters, save for one concern: volcanic activity. “Just as any other place, there will always be risks,” Rikardsson says. “In New York there’s flooding; in Silicon Valley there’s earthquakes. Risks are very manageable in Iceland. "It’s one of the better places out there. Just don’t locate on top of the volcano,” he jokes.

In terms of data security and policy, Iceland is on the forefront of the debate. “Iceland aims to be compliant and in line with European data protection policies. Europeans are looking to consolidate the way they address this. We’ll continue to upgrade standards. It’s something current today and being talked about a lot.

"The aim is you don’t need to put data centers in every country. You want to be able to place it in a region and be sure that the data privacy and security interests are addressed. We certainly aim to be part of that.”

If the data center industry does start focusing more on clean power -- cheap power has always been its prerogative -- Iceland has a real shot at becoming a popular destination.